From the point of view of the fall in early school leaving, the situation in Calabria is improving but the territorial differences are still strong. Bad in front of the boys preparation. The data comes out of the report Invalsi, from the National Institute for the Evaluation of the Education and Training System.

The pandemic has made it even more relevant the problem of early school leaving and it has long been clear that attention should not only be directed to those who drop out of school, but also to all young people who finish it without having the necessary basic skills. This form of dispersion School dropout has been defined as implicit or hidden early school leaving. In 2019, the implicit school dropout stood at 7.5% 1, to rise to 9.8% in 2021, most likely – says the Invals Report – due to the long periods of suspension of classes face-to-face. In 2022 there is a trend reversal both nationally, where it stops at 9.7% (-0.1 percentage points) and at the regional level.

In comparative terms, the largest drop in early school leaving implied is recorded in Puglia (-4.3 percentage points) and Calabria (-3.8 percentage points). However, the absolute differences at the territorial level remain very high: Campania (19.8%), Sardinia (18.7%). “Implicit early school leaving is worrying but the improvement in Puglia and Calabria is very interesting, where values ​​are still high but there has been an interesting decline. Unfortunately, the territorial differences are still very strong, as well as the impact of the context “, commented the president of Invalsi, Roberto Ricci. The data comes from the Invalsi report presented today.

The Invalsi and the preparation of the students

In some regions of southern Italy – Campania, Calabria, Sicily and Sardinia: there are more students with very low levels of performance, which is about 50% of the school population in Italian, 55-60% in math, 35-40% in English-reading and 55-60% in English-listening. The study shows that in all subjects the greatest learning losses are recorded among students who come from the most unfavorable socio-economic-cultural environments. Among the latter, the proportion of students with higher results decreases.

Calabria and Sicily below the national average

The primary school conducted during the pandemic years: the comparison of the primary school results of the years 2019, 2021 and 2022 conducted by Invalsi returns a substantially stable picture. The results of primary school are quite similar in all regions of the country and the differences are not very significant in a statistical sense. However, there are some important indications that, if observed closely, can explain the large gaps that are evident in secondary schools, first and second primary. In particular, the good results of the students of the Primary School of the Aosta Valley, some regions of the Center (Umbria and Marche) and the Autonomous Province of Bolzano, limited to English. In the second grade of Italian about 3 out of 4 students (72%) reach at least the basic level (from band 3). Aosta Valley, Umbria, Lazio and Molise achieve results above the national average; Sicily is below the national average. In mathematics, about 3 out of 4 students (70%) reach at least the basic level (from the age of 3). 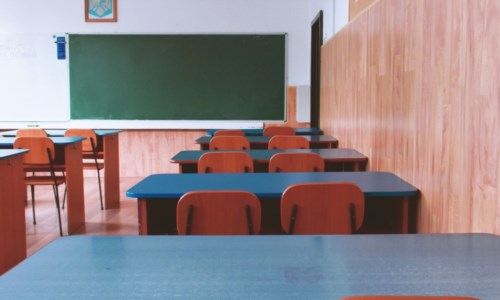 Invalsi researchers point out that students from Umbria and the Aosta Valley they almost always achieve results significantly above average. With the sole exception of the high school math test, Sicily, on the other hand, achieves results well below average. And the disadvantage that lies in Calabria results in all secondary grades (middle and upper) becomes significant already from the results of the primary V. The results in English of Italian primary school students are good: 94% (+2 points compared to 2018) of students reach the level A1 required by the CEFR in the reading test, while in the listening test 85% of students. (+6 points compared to 2018) reach the level A1 required by the CEFR. In the North and the Center the students who reach the A1 level of reading are around 95-96%, while in the South around 92%. To listen, however, the students who are placed at A1 level are around 85-90% in the North and Center, while around 75% in the South.

The gap between schools across Italy is narrowing, although in Italian, English and even more so in mathematics there is a more marked difference in results between schools and between classes in the southern regions. This means – the researchers of the Invals observe – that the primary school of the South fights to guarantee the equality of opportunities for all, with evident negative effects in the later courses.