Anadia: I European Mountain Bike Championships the first two days saw in action the bikers who challenged each other to win the T-shirts for the Short Track (XCC), Team Relays (XCR) and XC Eliminator (XCE) specialties. Italy started with the right foot, on Friday night in the medal with 1 gold and 2 silver was second in the medal behind the unattainable Swiss battleship.

Today Saturday July 2 and Sunday (under 23) the boys and girls of the fields across. The first to challenge each other, at 11am Portuguese, the 12 Italians were 73 juniors. Four wore the blue shirt: Marco Betteo, Fabio Bassignana, Elian Paccagnella and Gabriel Borre. In the short stretch of launch, two Vikings took the lead, a Swede (Hugo Sandin) and a Dane (Gustav Pedersen), the third was the German Paul Schehl. Marco Betteo has managed to start well placing himself among the first to pass. 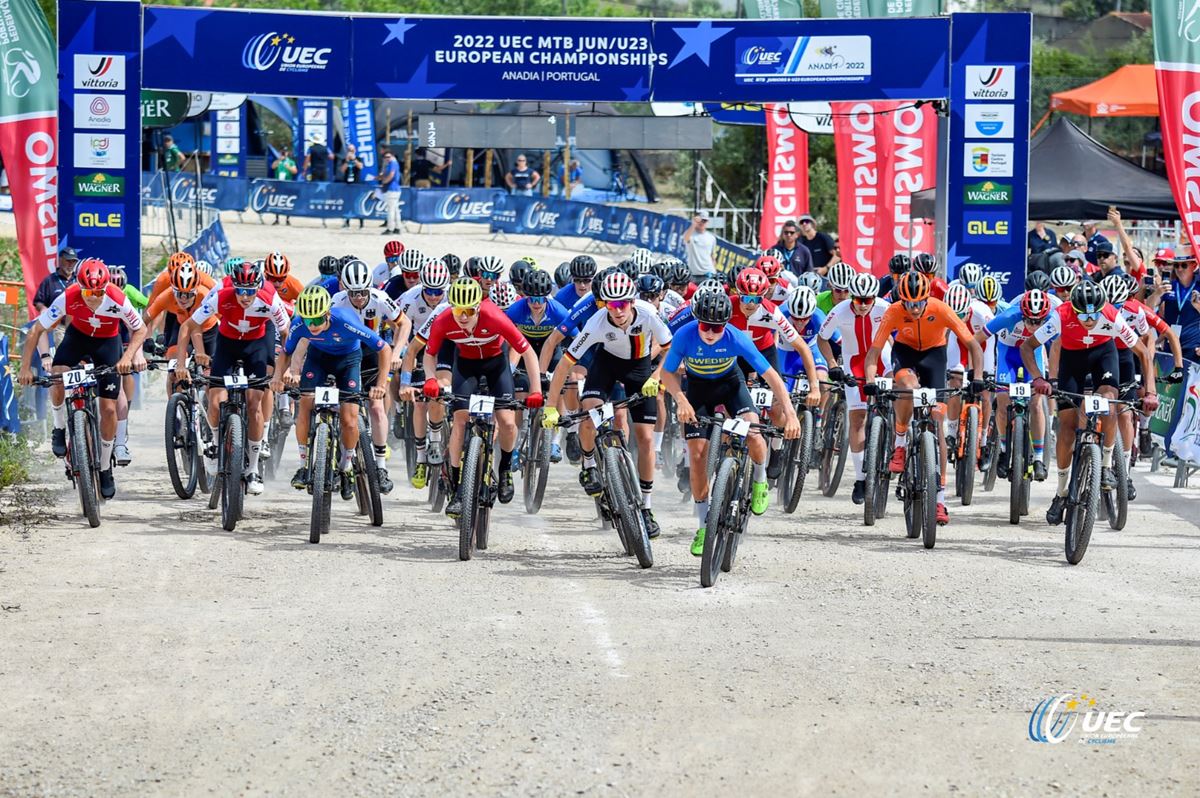 Then the boys entered the course and at the end of the first lap Pedersen and Schehl finished it seven seconds ahead of Betteo, Dutchman Rens Manen and Swiss Khalid Sidahmed. The latter, except for the Rossocrociato, canceled the breakaway during the second round and formed a quartet in front. 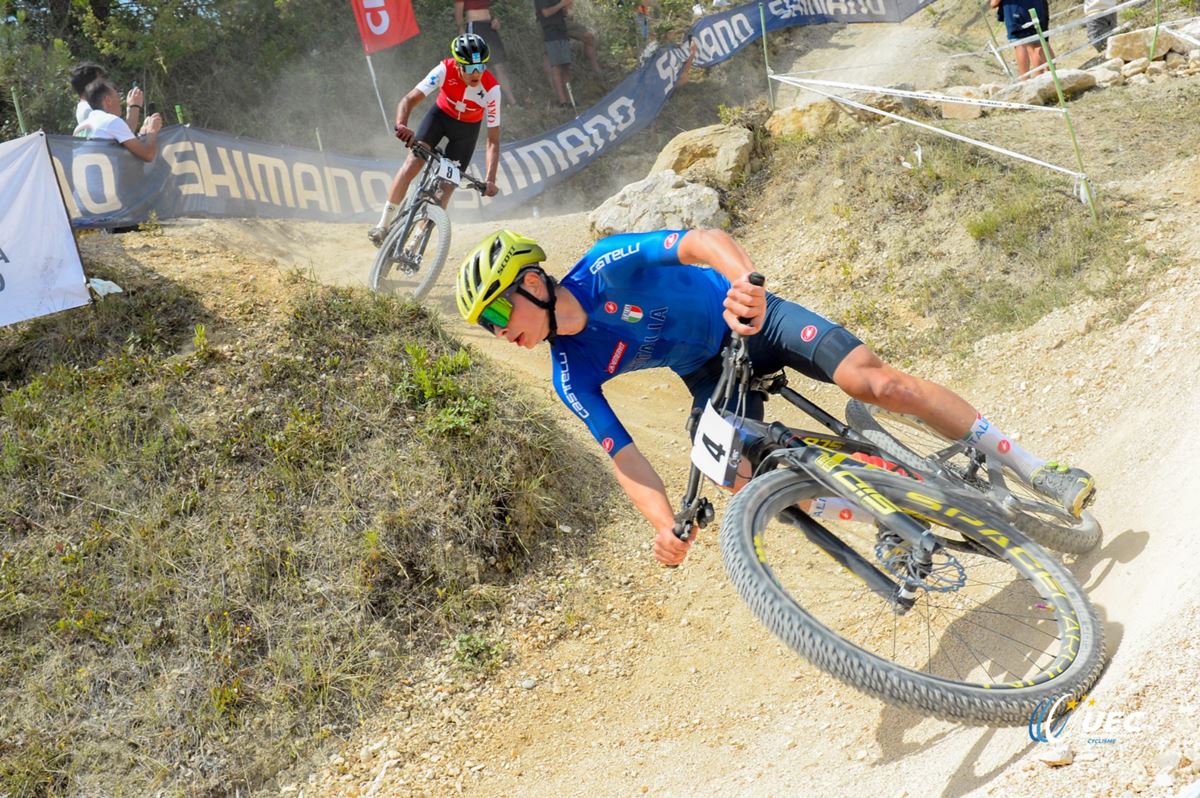 They pedaled together for two laps, then the Dane Pedersen opened the accelerator breaking the group, the Dutchman Manen tried to keep up but failed while Betteo and Schehl separated. The positions have crystallized, in front of the Dane with the red shirt, behind the sight the orange chased him about ten seconds away, so willing to take advantage of the slightest mistake of the fugitive. Behind the German in the white shirt and our Betteo have continued to lose ground. 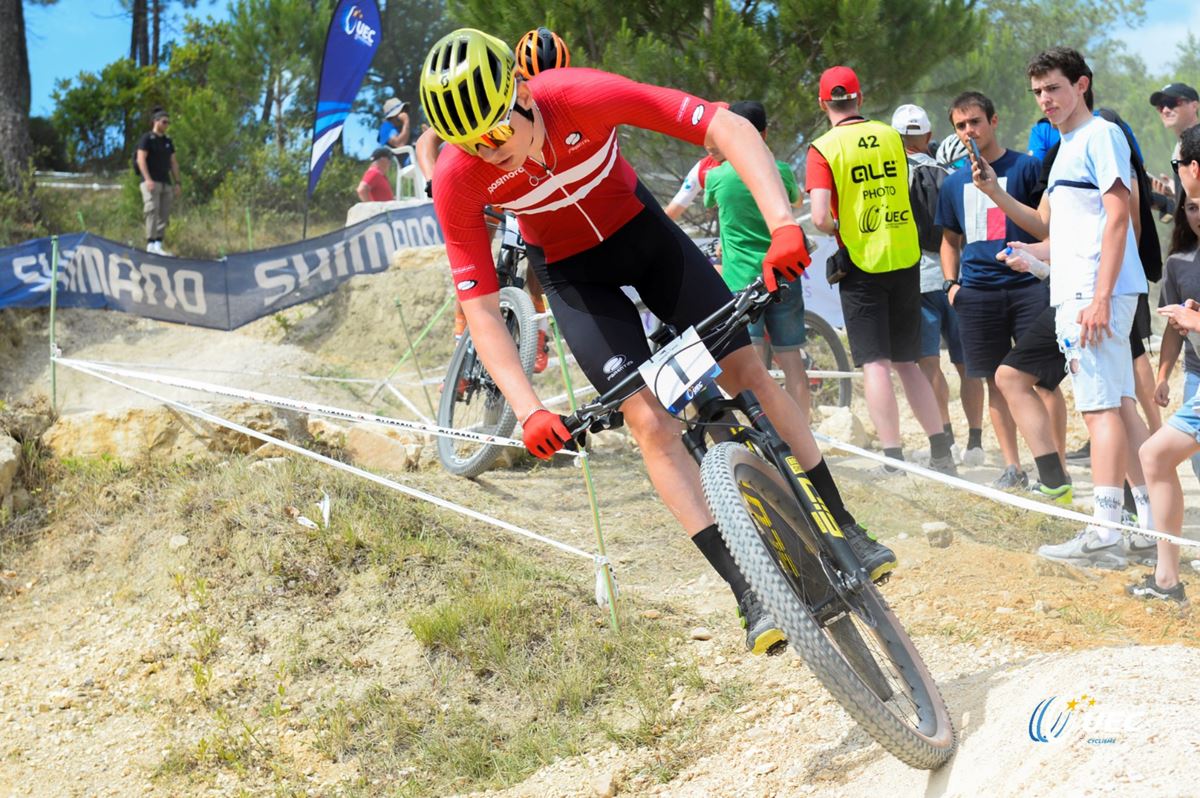 The last lap was decisive, not for gold and silver as with merit Gustav Pedersen after 1 hour 6 minutes and 25 seconds he concluded his career triumphantly, graduating with Anadia, European Junior XCO Champion. 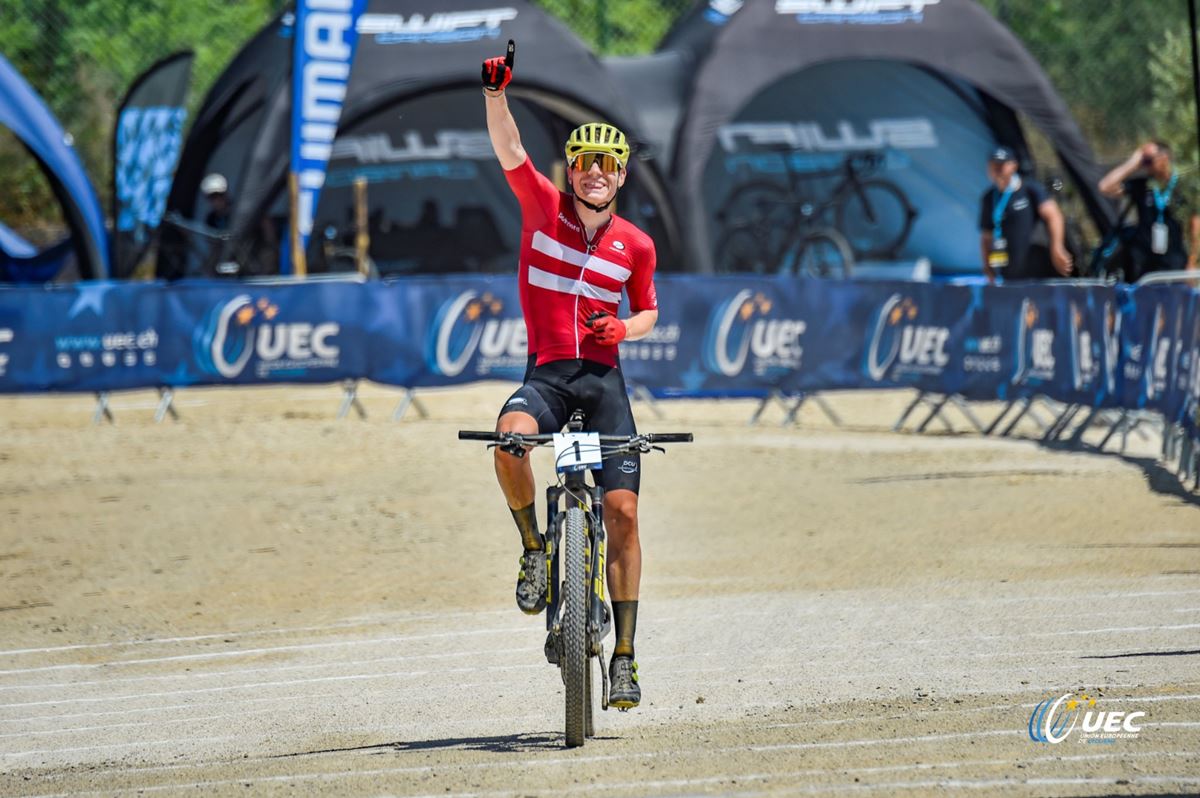 He got very close to her Rens Manen which brought to Holland the second medal to these Europeans. Unfortunately for the Italians, on the last lap, the German Paul Schehl (+52 ”) managed to undo Marc Betteo (+1 ’06’ ‘). 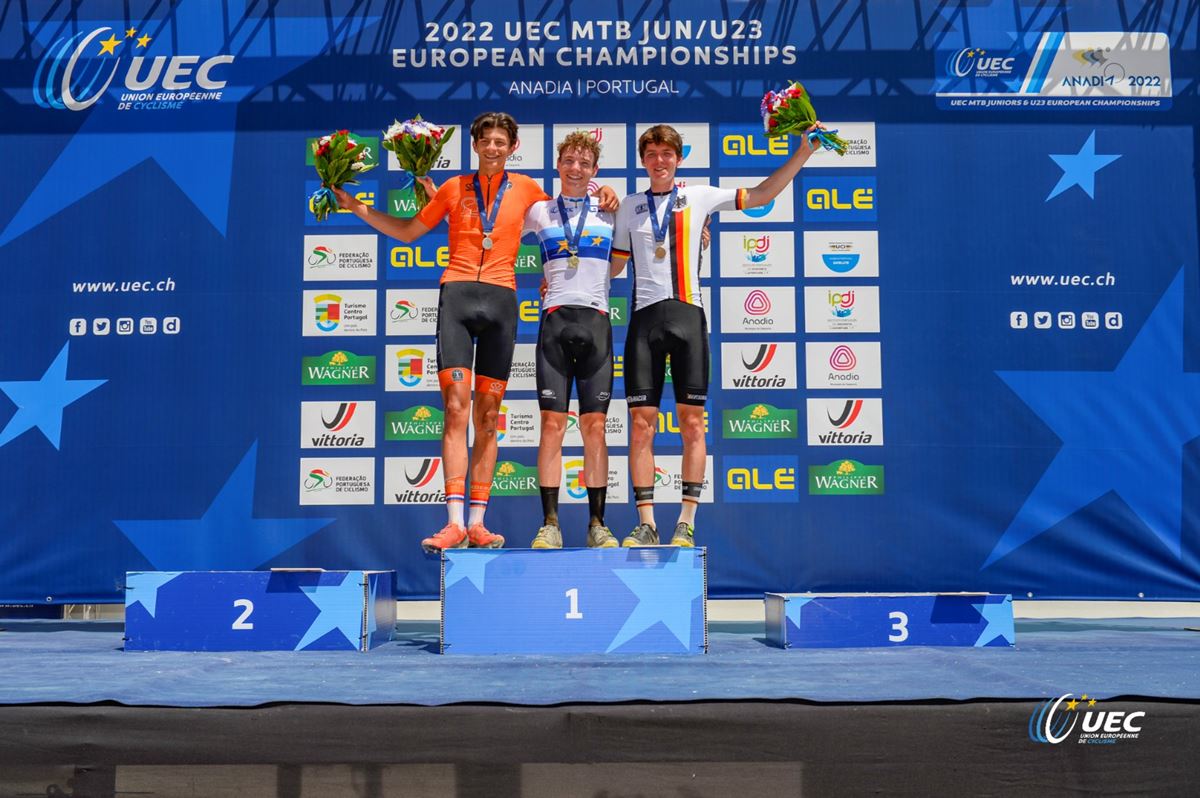 “I am satisfied but not happy, as all the wooden medals are beautiful but at the same time they do a little harm because today the podium and the bronze medal have been close. I have tried hard, but today the others have been stronger. The German cut me off with a sharp and decisive attack. “ 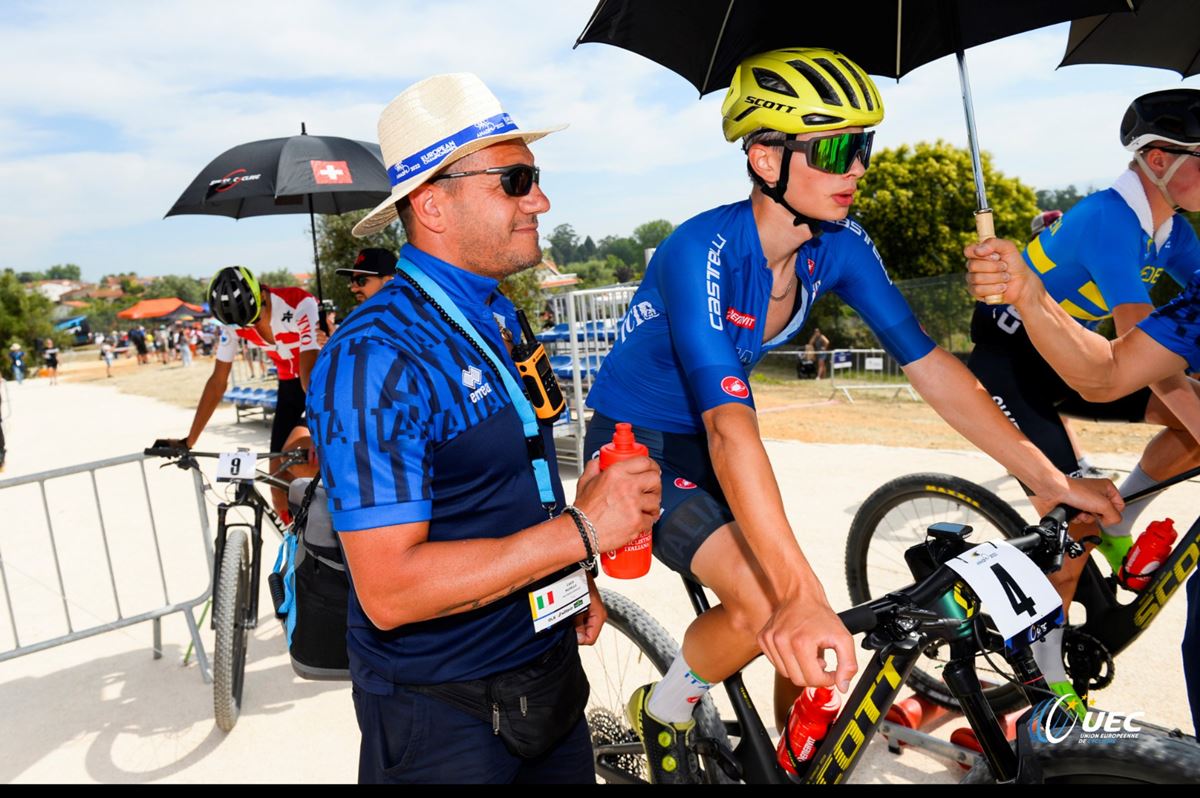 The other three pedaled further back, Elia Paccagnella always around the twentieth position which was then her last position while Gabriel Borre (26th) and Fabio Bassignana (30th) pedaled throughout the race just below the thirtieth position. 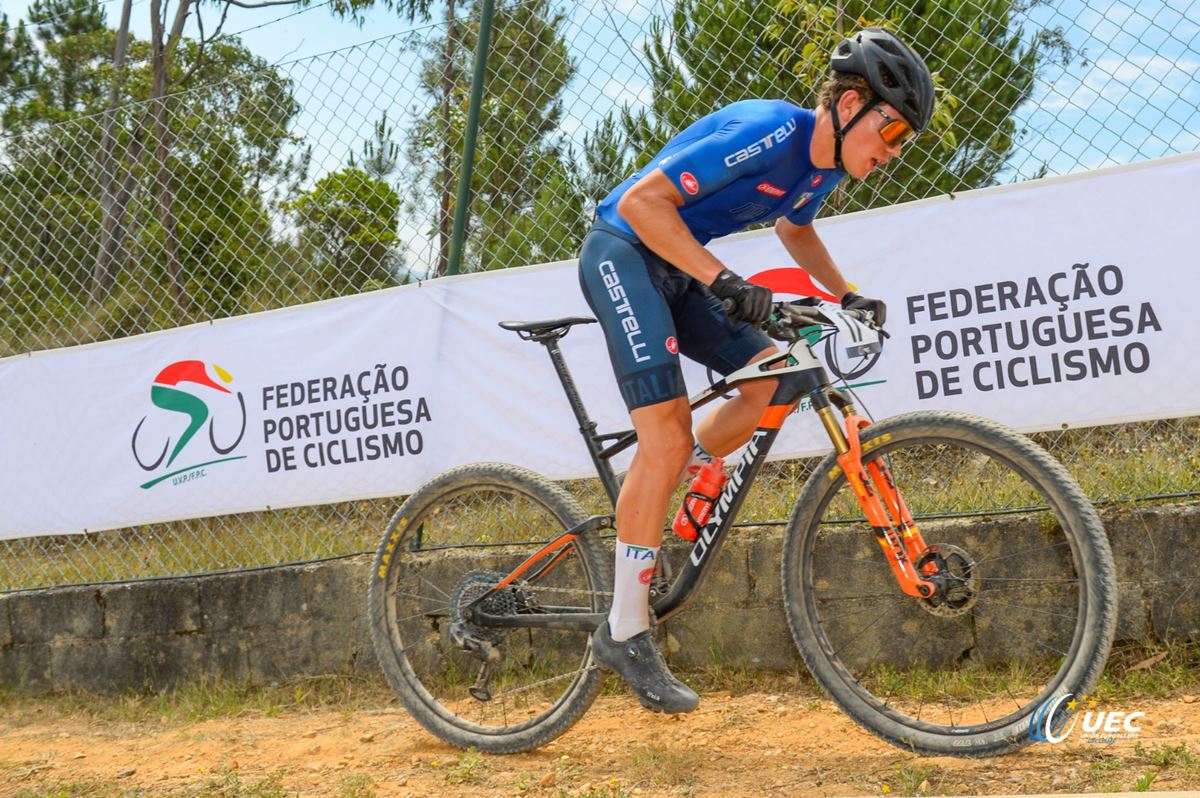 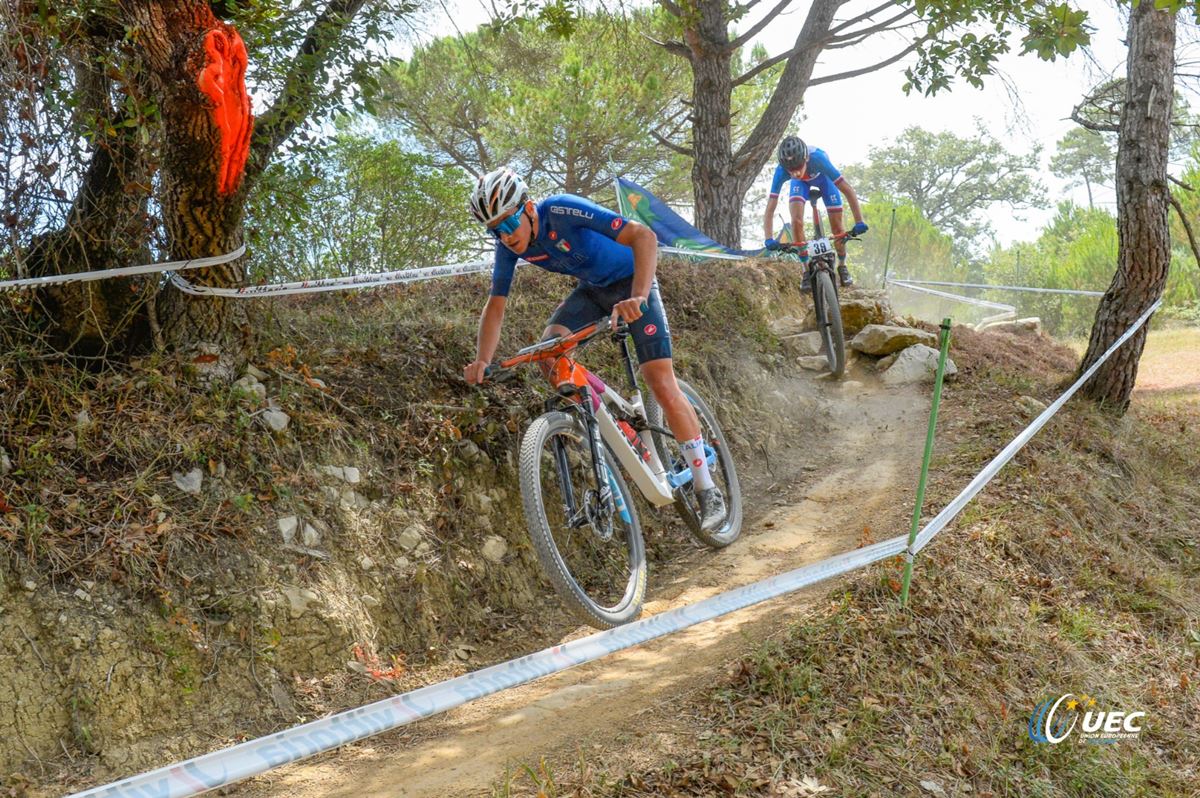