The Cannes Lions 2022 edition returns live after a two-year absence. There pandemic and social difficulties they have certainly changed society, bringing it to the surface deep issues related to the human being. At Cannes Lions 2022 the topics covered were expressed with a communication full of values; from the environment, to gender equity, to support for minorities.

Brands are spokespersons, in an increasingly important way, for the transformations and evolutions that today’s society needs and requires. They are the protagonists of inclusion, of environmental awareness, of cultural change from all over the world.

And all this was seen in the works presented and in the Grand Prize awarded during the five days of the festival dedicated to excellence in the world of advertising.

The film is the sequel to the story made in the previous promotional spots by Tokyo 2020 Paralympic Games. The narrative of a world so different from what most of us know but basically so similar: sacrifice, perseverance, challenges to overcome, are the common elements that equate the Paralympic to the Olympic. Difficulty in training as in everyday life: confrontations, inconsistencies, inner doubts.

And finally the provocation: “To be Paralympic there has to be something wrong with you.” Although to be super there is nothing more successful than just being human. Super. Humans.

POMA | Escape from the office

A second Grand Prix film awarded at the Cannes Lions 2022 goes to the creativity of apple. The courage to leave a job and an office to pursue his entrepreneurial dreams and no doubt for his own financial independence. A revolution that most professionals are experiencing in some way. It’s easy to fantasize about during the lunch break and it’s easy to organize a workgroup, ideas, and projects in the best way possible thanks to Apple’s expert tools and devices.

32% of women in the world feel discomfort a swim in public. In the Middle East, where the religious connotation is especially discriminatory towards women, the discomfort of showing a large part of the body is much deeper. Like this Adidas presents a new collection of inclusive swimsuits, designed to make all women feel at ease and to be able to live water activities more freely.

A liquid, transparent and acrylic billboard that invites you to take a bath “beyond the surface “with the intention of fighting and limiting limits imposed by societies and giving all women the right to feel comfortable, anytime, anywhere. 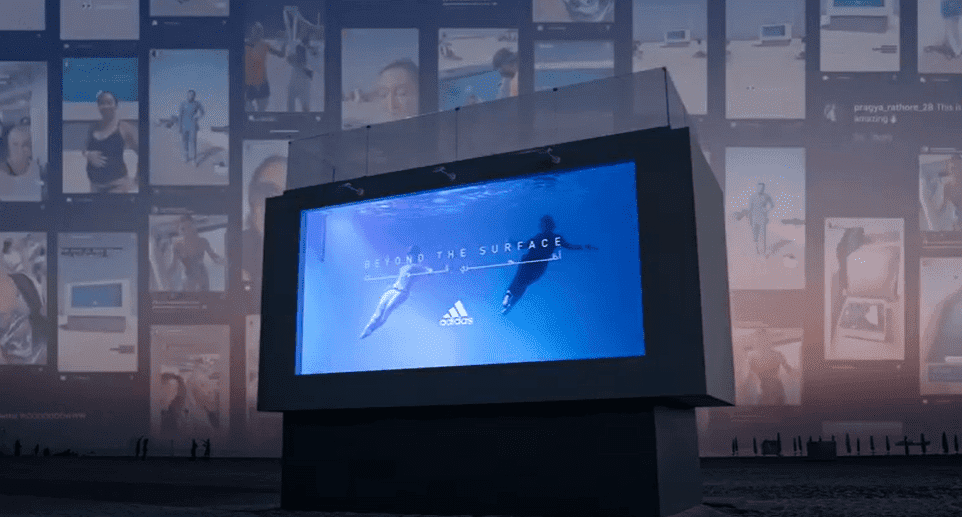 Transform the symbolic text of an oppressive culture into a book of artistic expression and freedom of the Portuguese people. For 50th year of fascist liberation, a new text in which words and illustrations, using the technique of dark poetrytransmit a message from Freedom of expression against the typical censorship of the time. 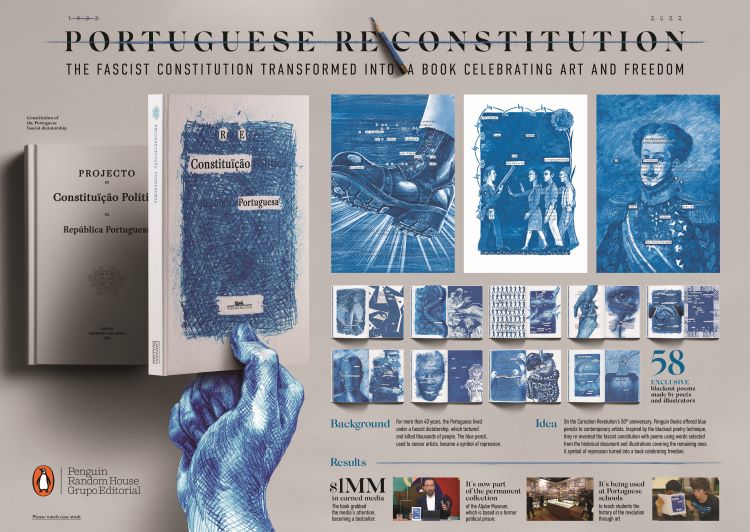 Technology for the preservation of the culture of a people. With the project Backup of Ukraine, every Ukrainian citizen can turn their smartphone into a photographic archive. Through GPS each prey can capture any place or monument and save them in the cloud to remember them forever. To rebuild their culture, though to be depositories of the patrimony.

Because no war can destroy memory and theidentity of a people.

Penny, a small German supermarket presents its campaign at Cannes Lions 2022. Simple but impressive, the film explores the emotional distress experienced in all parts of the world over the past two years. During the pandemic, in fact, the cessation of any activity and relationship prevented young people especially from living experiences, important moments and simple daily life. The greatest desire of parents is power give back to your children that piece of stolen life.

The coral reef and all the fauna that populates the oceans have suffered great damage and disastrous losses. Sabapet food comes to the rescue along with UN and WWF carrying the flag of the environmental sustainability. A solution to recreate the right habitat for the reconstruction and development of corals in Indonesia thanks to the supports. In two years the choirs have had an exponential growth around the supports, also sending a great message: Hope. The new reef also represents the first billboard visible from Google Earth and with a positive, clear and unanimous message.

83% of Mexican women have no credit history, which prevents them from receiving loans and start a business. The investment company WeCapital attentive to the inclusion of women in the financial sphere has created Date Store, an information center for checking your traceable payments thanks to loans to neighborhood businesses. To have a financial history and a grant credit to women, in every sense.

In India, the lack of health education in schools it is still the responsible cause of social and cultural discrimination against girls today. P&G iintends to fight these taboo, pushing the government to change an outdated and discriminatory school system. The missing chapter is precisely the relative one periodto knowledge and body awareness. P&G through the voice of whisperthe brand of sanitary towels, reports in the books of the fundamental chapter offemale identity and its physiological evolution. 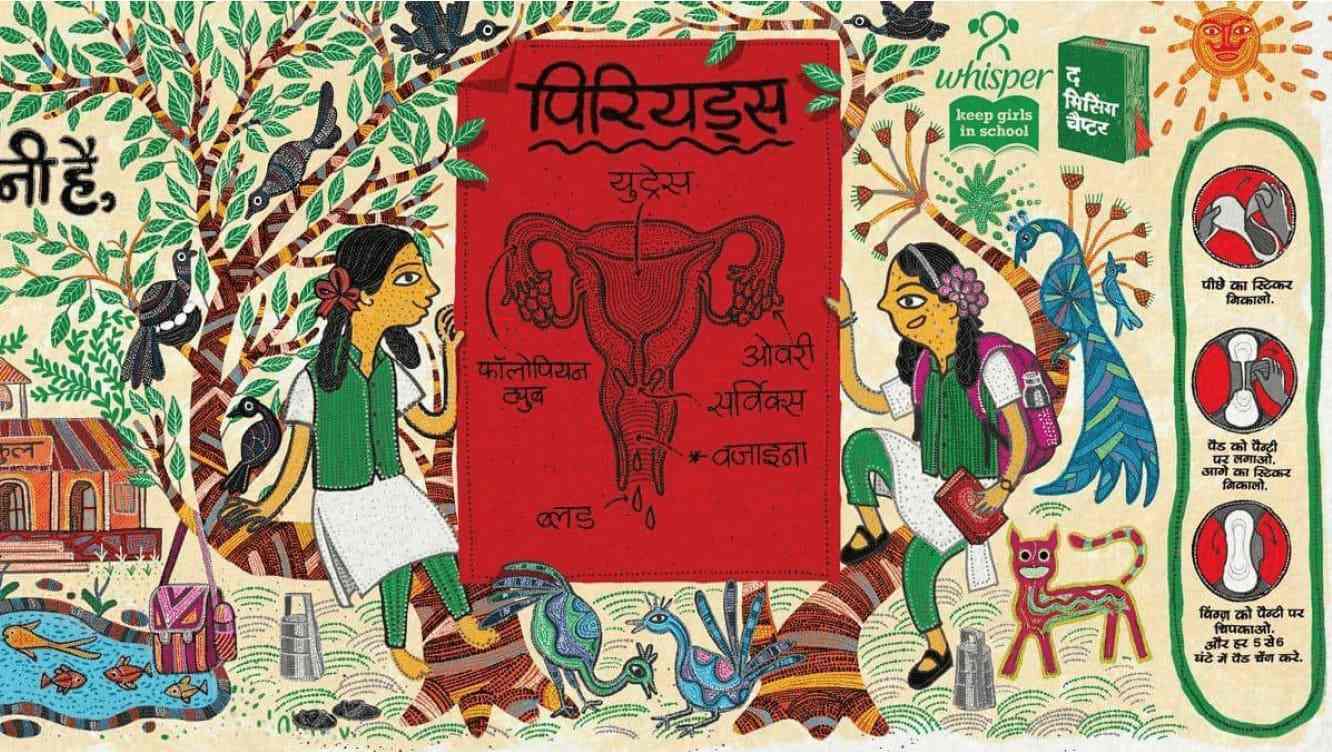 ALSO READ: Cannes Lions 2021: the winners and the most attractive campaigns

A virtual visit to the British Museumamong findings drawn from different cultural identities and explained by native experts. Real stories, no filters in one tour in AR between culture and society.

An initiative, a conscious change which is good for farmers and the planet. The shift to organic farming, while a sustainable option, is a long and costly process. Thus the brand of beer owned AB InBev to facilitate the transition to organic and encourage farmers to take this green path, offers them as a long-term buyer for the production of their Or pure.

According to AB Inbev’s production forecasts, the increase in the supply of organic crops will allow Pure Gold to grow by 25% in 2023.

DECATLÓ | The Breakaway: The first cycling team for inmates

Virtual sport to help prisoners in reinstate in society. This is the idea of Decathlon Belgium, presented at the Cannes Lions 2022, which makes sport accessible to everyone and as a key to all kinds of freedom. Thanks to the virtual cycling platform Zwift, the first team of electronic cycling formed by interns, will be able to compete with so many teams from abroad. Compare yourself, have positive goals, improve yourself.

The shortage of chicken wings in 2021 caused one of the celebrities fast food Americans specialize in chicken wings to propose an alternative. The sale of chicken legs. WingStop with good rebranding it has become ThighStopwith lots of specially revised labels and envelopes, getting a new kind of buyer e increase sales by 10%.

When it is said that a weakness can become an advantage! 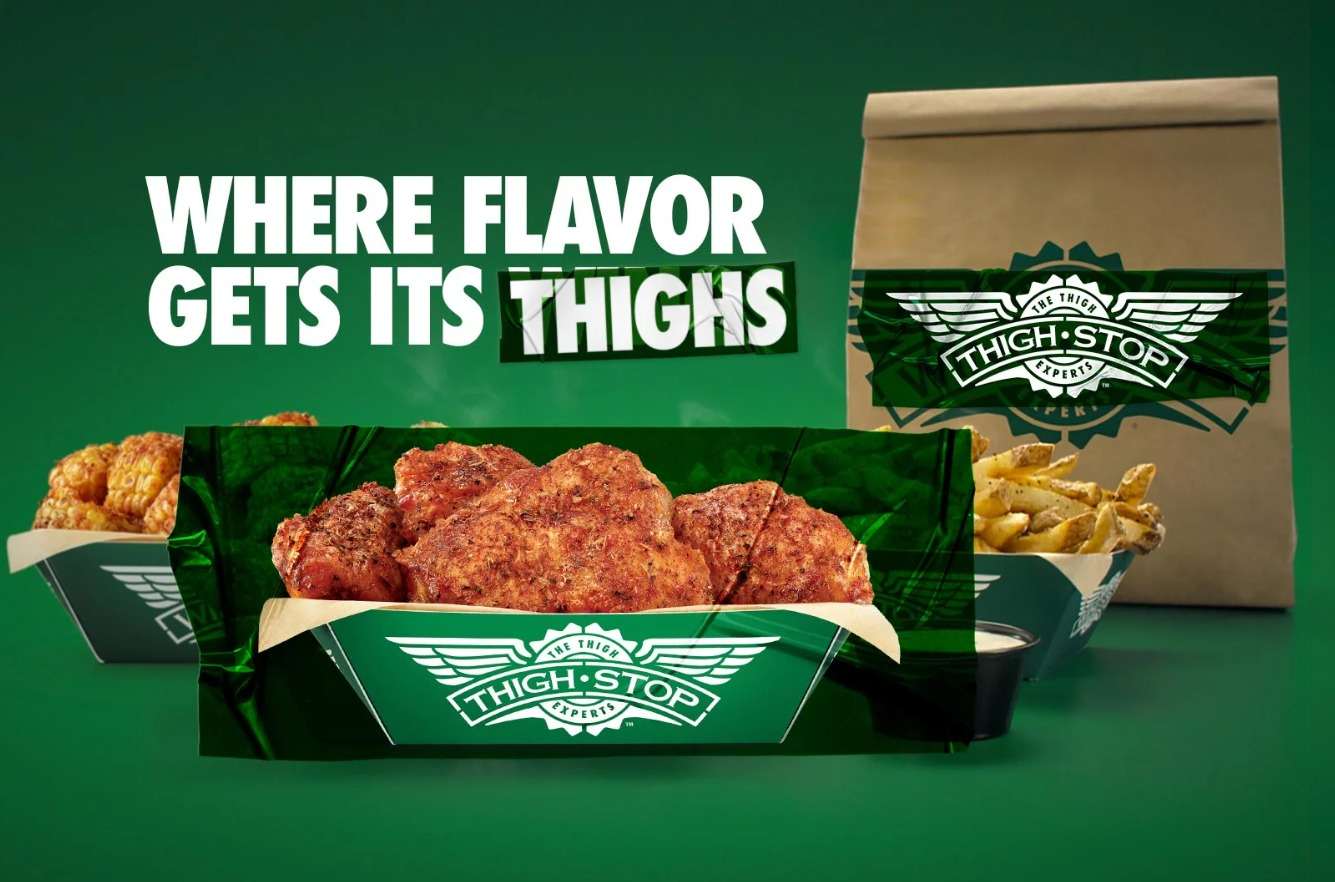 The young footballer Kiyan Princemurdered 15 years ago while trying to defend a friend of his, is projected virtually in his 30-year life. Video game player FIFA it is also the face of the sports brand JD, but not only for glory. The Foundation that bears his name has raised funds to enable the young from the UK to get away from crime and have a chance to catch up with theirs targets through the training and teaching of positive values.

Italy also won its awards at the Cannes Lion 2022

HEINEKEN | The night is young

HEINEKEN | A love story of confinement

NETFLIX | The sound of stories