He leaves new summer season for Eleonora and Gavinawatermelons made in Sardinia very sweet and with few seeds that represent two flagships of the production of OP Agricola Campidanese and its brand “L’Orto di Eleonora”.

More and more domestic and foreign GDO customers choose L’Orto di Eleonora for the organoleptic quality of the products and for the certified quality of the company.

It is also reinforced with a the association with Coop doubled in volumewhich in 2021 hosted, with a marketing action, Seagull in its line Origina selection of quality products from controlled and fully traceable supply chains at every step from the source to the table.

Gavina is the mini watermelon, sweet, crunchy, with few seeds. Immediately recognizable by its light green color with light dark stripes and especially thin skin that gives it a high percentage of edible part. With an average weight of 1.8 kg, Gavina is a modern watermelon: an ideal format for both portability and family consumption.

Eleonora it is a medium-sized (4-6 kg) black watermelon, fresh and very sweet, under its dark skin it contains a bright red, juicy and sugary pulp. Perfect for the end of a meal and at any time of the day, ideal for sharing with family and friends. 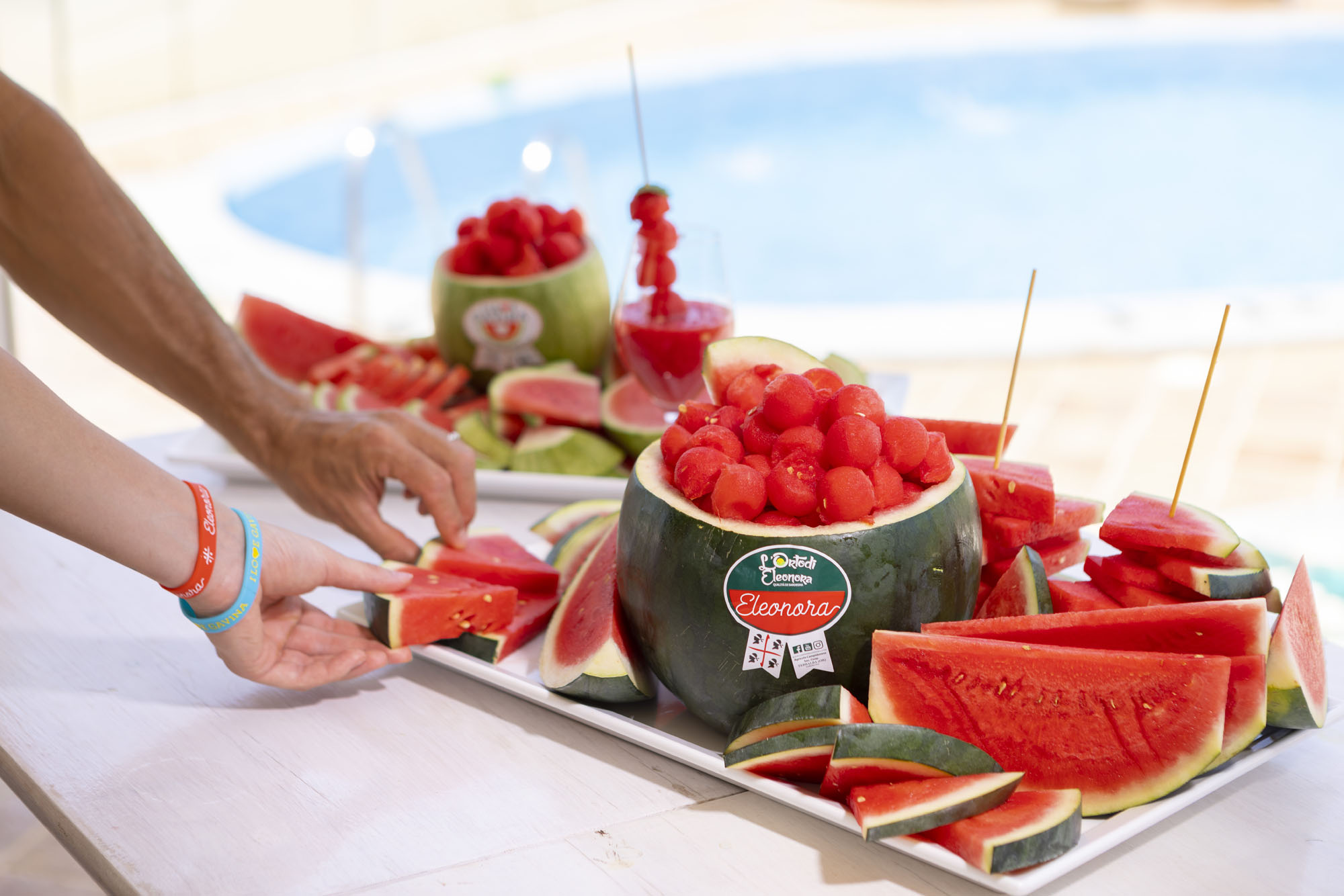 During the summer, Eleonora and Gavina will be the protagonists of a new and widespread national communication campaign. After 2021, which had seen Gavina’s television debut on Rai1 with commercials and telepromotions during the “Lunch is Served” program hosted by Flavio Insinna, in 2022 L’Orto di Eleonora renews and doubles its commitment with a new dedicated ad in its two watermelons. .

“The Island of Sweet Wonders” which gives title to the spot and the whole initiative is a small big journey, an evocative journey that wants to explain the beauty of our land, the spirit of its people and the quality of its products.

The campaign will see in action two exceptional witnesses, two young talents from our Island, two champions, two children from the “land of giants” who in turn have become “giants” of the sport: Alessia Orro and Francisco Porcella will be the protagonists of a series of commercials: they will be emotional, fresh and youthful content, according to the qualities of the two watermelons Eleonora and Gavina.

The two witnesses represent the excellence of Sardinia, two athletes who from a very young age have reached the top in their disciplines, demonstrating that talent, that spirit and those values ​​that the company has always promoted with passion and pride through of numerous initiatives in support of sport and healthy eating.

Alessia Orro, a volleyball player born in Narbolia (OR), very young, but already with a successful career behind her with the teams of the club with which she won the CEV Cup twice and with the shirt of the team with which he graduated European champion in 2021, also receiving the award as the best place in the tournament.

In the opening photo Salvatore Lotta, in the center, between Alessia Orro and Francisco Porcella