Another world (thankfully) compared to our times, including construction from below. Football has become a sport, where it is important to understand where you are, how you move 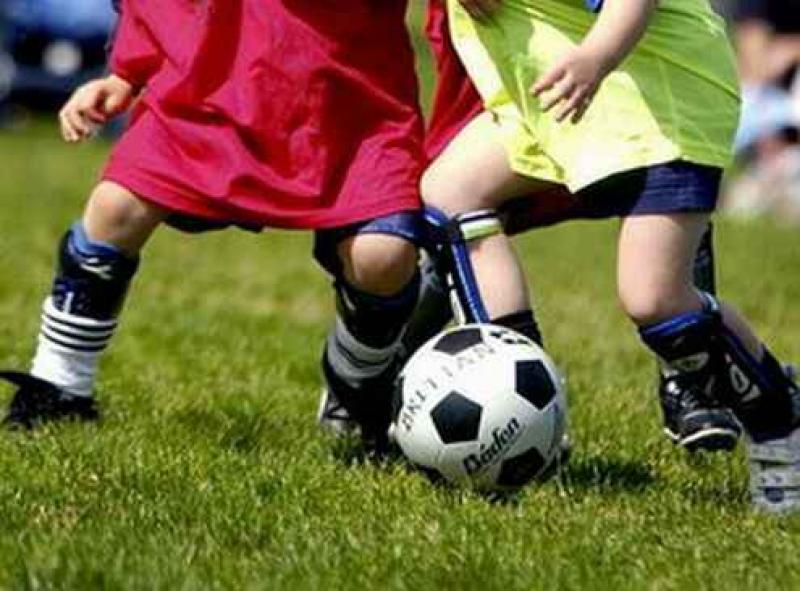 A few days ago, I happened to attend a football event for elementary schools that was held for a whole day in Berlin. And I took some notes on the impressions I got about football, our expectations, our perceptions, and our incipient old age as varied commentators.

The day is dedicated to a football tournament in which the third and sixth grades of the European schools in Berlin meet. Berlin has several schools that are aligned with German state programs and have cultural addresses of different European realities: there are Russian, English, Greek, Turkish, Jewish, etc. schools. My son, who was born in Berlin and has Italian nationality, attends an English school. Several interesting ideas: 1) at a time when we are talking about culture still anchoring it to the language and therefore to the nationality, this tournament shows that luckily the world is going elsewhere, with all due respect to television philosophers . We will know what culture is and how it will be redefined in thirty years, as all these boys live in Germany and speak German. 2) Calcium remains a powerful blending force that produces, channels, and proposes changes and mutations. 3) For the younger ones: choose to escape from the small realities and slip into the big cities, because the province is scarce and it is your right, in addition to convenience, to emigrate where there are cities that, for example, host dozens of public schools. It’s so much more fun, you get better and losing your roots helps you survive.

Parents are not invited. I was able to follow the whole tournament from afar, behind a railing. The boys talk to each other and to the coach without the intervention of any parent, experienced uncle or worried aunt. I found that it was a great way to limit the harm that only parents can inflict on children: this is nothing specific to this generation, the world has been spinning like this for about three thousand years.

Boys and girls are admitted to the tournament. They play on the same teams, together. Some have changed sex since third or fourth grade; if the venerable Kirill knew that the Lev Tolstoy school was also involved in such a fluid gender chaos, he would receive a blow that not even his KGB friends would help mitigate.

The teams, although made up of eight-, nine- or ten-year-olds, are very tactically prepared. Compared to the tournaments we organized on Saturday morning at the time of my Neapolitan high school in Umberto Saba (then housed in a wonderful prefabricated sheet, which I’m sure has been modernized today), there is a really amazing order a la Brea. When we were playing, thirty-five years ago, there was a ball and a swarm of about ten boys following it where it was rolling. Here I see eight children arranged geometrically on the playing field. The sides that hold the man and go down to the corners, which mark the sticks; I see through passages; I see an attacker come meet and leave. The coach of the team called for the defenders to go up, to make the diagonal. And between seven minutes and the next he pulls out a magnetic board to show how he is placed on the field of play, while ordering two substitutions during the break.

All teams restart from behind, very often. I understand the meaning: putting it long, in such a large field, is not easy for children, and the risk of lifting it low and giving it to opponents, triggering the counter-offensive, is high. The players keep the ball on the ground and try to get out of the court of the opposing pressure. Then, when the forces fail, they are launched again. Interesting: I haven’t seen a single goal scored by the defense at this stage. I got the impression that the boys are very trained to act this way, also to take advantage of the new rules of the game. In short, Spalletti may have stepped on the role of goalkeeper, but I do not fully trust the clever cunning of Mr. Carlo: football is changing and the next players will be much more accustomed to this type of resumption of the game. On the other hand, this year’s highly decorated Royal also applies it: with a wise balance, this is the secret. Staying on the brink of such a big change isn’t easy, especially if you’re in the Series these days, with less technical players.

I look at these kids and inevitably remember ten or eleven, my friends from those weird Saturdays. It was a luxury to step on an obscene clay track, here I see eight perfectly maintained full-size artificial turf fields. The spirit has changed and the desires have changed. Football is no longer fun, it has become a sport, where it counts to understand where you are, how you move, what your partner will do; when it’s good to go all the way up for a last-minute assault and risk the defensive line; where it is better to take risks and where to dose strength and energy. The complexity of this game has increased and I keep asking him what it was like in the seventies or eighties is useless, as well as silly. It is a testament to our old age, which sounds better than old age. Football no longer explains what it does not want to explain, but translates or reflects realities or needs that older people, in one way or another, resist while pretending to be modern progressives.

The boys had a lot of fun. There was competition, the importance of the goal difference. Results for all fields were tracked on the smartphone. There are those who have cried a lot for the defeats, because the match is serious. And there was a final prize for fair play, for the team that showed the most impartiality on the pitch. I still remember a Saturday of about one thousand nine hundred and eighty something, a match between teammates. The slightly overweight father of a friend leaning on the pole of one of the two doors and the extreme defender who safeguarded his cry that barge he moved the door to favor the opposing team in which his son was playing.

Thinking about it, still rich.