On the cover of the volume, the preface of which is written by Pope Francis, there is a QR code that connects to a portal, where there will always be updated content.

“The Church in the Digital World: Tools and Proposals.” How to create a website for the parish? And how to use social media for pastoral care? How, in short, to live “The Church in the Digital World”. This is the title of the volume edited by Fabio Bolzetta, with the preface to Pope Francis, published by Tau Editrice, which was presented today, Monday, June 20, in Rome. The volume is born from the experience of the 150 video tutorials ofAssociation of Italian Catholic Webmasters (WeCa), offers a four-step journey to reflect, discover, share on social media and post on the web the experience of a Church that is also present in the digital world. A path that, especially in the light of the pandemic experience, proposes how to “live digitally” with awareness and training without losing sight of the continuous evolution of digital tools and platforms. In order to propose an “interactive” book cover, with the presence of a QR code and the development of an algorithm that accompanies and enriches the reading with constantly updated multimedia contributions. We talk about Chiesa and digital with the curator of the volume, Fabio Bolzettapresident of WeCa. 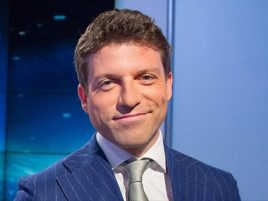 Although the presence in the network of the Church was prior to the Covid, with the pandemic the phenomenon saw a great expansion …
In the late 1990’s, the first Catholic-inspired Internet sites emerged in Italy. Since then there has been a significant increase in numbers and, with a leap in time, to date the pandemic has had the effect of revitalizing the use of new technologies that we always call new, but now have not been invented: with the pandemic, however, we have rediscovered the digital tools we use every day, even within the Church. However, this rediscovery was not followed by the necessary attention to formation and this is what we feel today as the first need, that is, attention to the quality of the Catholic presence on the network and, as a second aspect, to a digital renewal. focus on pastoral care. We note, in fact, that these tools tend to be used vertically rather than horizontally. Instead, through this book we try to promote a network that is of proximity, of listening, that is not a network that suffocates, but that facilitates a series of connections, that supports, that embraces, that can release through the its nodes. waves of regenerative actions.

How to help parishes, priests, Catholic associations, religious congregations, pastoral workers make the best use of these tools on the web?
In the 150 tutorials we came up with today, the first job was to sift through the tools of the web and the web presence of our world, sift through the topics, and draw a thread, a proposal, not the four poles of a compass. but through four stages:

We have tried, first of all, to reflect on what are the issues of the network such as digital citizenship and information; on what to keep and what to stop from digital dating after the pandemic; on ethical values ​​and artificial intelligence. A second step was to get to the point of finding out what the main hashtags for prayer are, if, how, and what tools to use for a parish newsletter, what is Wikipedia and Cathopedia. And then, again, let’s go to social media to share: so how can we use Instagram for pastoral care? And what advice can we offer for a Facebook profile for priests and religious? Or what does a priest share on Facebook? They are also very specific examples that are inserted in a practical guide, but then it is a volume that can be read with the smartphone. 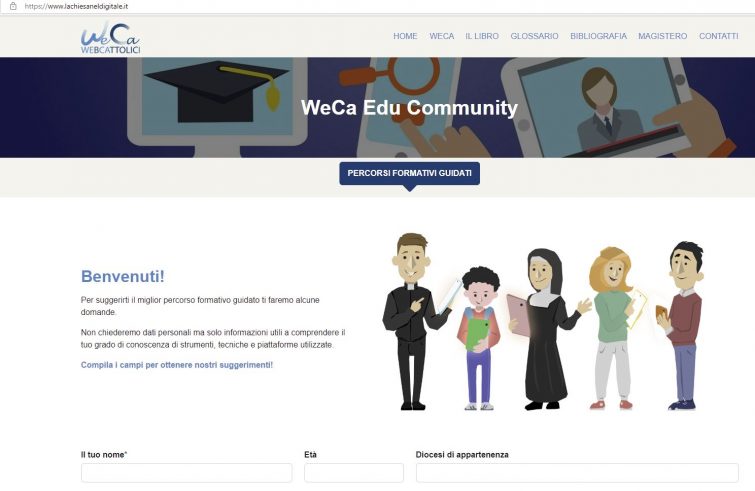 How?
As of today, June 20, a QR code has been activated on the cover: in fact, the volume is part of a WeCa multimedia project: we have created an ad hoc portal, which accompanies the reading of the text. There will always be updated content, because it is a constantly changing world, and the portal accompanies the reading of the text, returning updated and additional content. Then we developed, in WeCa, an algorithm that, based on the questions and answers – “What are you looking for on the web? What interests you? “- and for those who are asked the question – a seminarian, a priest, a religious, a layman, a father, a rector – he returns tailor-made resources and content. Also internally at WeCa we have developed the “Amazon Alexa” device capability for our tutorial podcasts. Today it is difficult to think of communication in a single segment: paper only, multimedia only, listening only. The text, on the one hand, is part of the path of the association that deals with these issues since 2003, even before the birth of Facebook, Twitter, TikTok and Instagram, and, on the other hand, aims to promote comprehensive training. It is no coincidence that WeCa’s collaboration with the Department for Integral Human Development Service and the Vatican Commission Covid-19 focuses precisely on this need for comprehensive training. 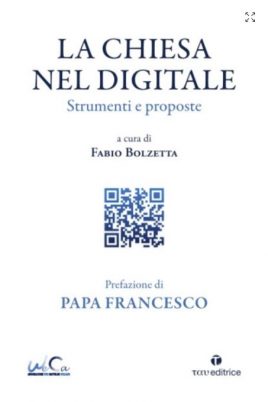 The preface to the volume is by Pope Francis …
We can only express infinite gratitude for the gift of these words that Pope Francis has wanted to entrust to us and that are key to understanding what happened during the pandemic and the commitment of the priests, a commitment that we have also said, of the communities that most have faced the pandemic, especially during the first confinement. After this awareness of the creativity of priests, where there has been a great growth in the use of digital tools and even some excess, now the Pope invites us to focus on the need for formation. This is a text dedicated especially to priests.

The Pope reminds us that there is much to be done to learn to listen, involve and train young digital natives,

which may be able, Francesc writes, to revitalize parish websites. The Pope acknowledges that the virtual can never replace the beauty of face-to-face encounters, but the digital world is inhabited and inhabited by Christians. Thanks to the Pope for these words he has entrusted to us, we pay attention to the very special moment we have lived and to the steps that now await us as a Church and as a Church committed to the digital environment, in which we will also seek and continue to offer our very small contribution, on tiptoe, especially from the point of view of service.

What are the most common mistakes and what potential does the presence of our world in the digital space have?
There are more structured realities and less. If today I have to focus on a critical issue is loneliness, this is the feeling that the care of the parish website or a religious community is not included in a real communication project, but it is something delegated to a person and that adds to the commitments he already has. Aside from the isolation and, therefore, the proposal to overcome it, another limitation is the instantaneity, which is modeled a bit from the stories, which today are also animated by many priests. Tan,

there’s a bit of risk in a snapshot-based relationship, which dissolves after 24 hours as content and topics.

Today’s challenge is to be able to promote the relationship that can be sustained or even, perhaps, caused by digital and then be encouraged and continue even in presence. A relationship that goes beyond this concept of instantaneity, but that also looks at us as a community, in the network as a community, in the future of the network, because this is a space that increasingly challenges us.

Can social media be used well for pastoral care?
Of course, here are some examples. Social media can be a tool that goes alongside pastoral care, just think that TikTok was initially born with an educational imprint and then moved on to another aspect. Social media has the value of connection, but the most divisive approach needs to be overcome to promote a network that nurtures relationships. It takes a lot of preparation and training to do that. As the Pope invited us to do in the 2022 World Communications Day message, we must promote the value of listening, even in these spaces, because they are certainly spaces for discussion, but they can and should to become spaces of dialogue and relationship through the guidelines of encounter and listening.