The 6th edition of the Rondine International Conflict Festival, YouTopic Fest on the theme “Is complexity an alibi? The challenge of the possible step ”. Three days of work during which we talked about war, school, the role of education in the creative transformation of conflicts to form new local and global citizens, and the Mediterranean. Also starring are the young people from “Mediterranean, border of peace, education and reconciliation”, the work that marks the meeting of the bishops of the Mediterranean in (Bari 2020) that the CIS has entrusted to Rondine in collaboration with Caritas Italian.

(From Rondine) “In the Rondine method we work on what scares us, because the excess of defense kills us. The relationship is a protective ship that we always carry wherever we go there will be storms, there will be war but we will be protected. The only way is to look to the future with hope. ” Franco Vaccari, President of Rondine, taking stock of the 6th edition of the Rondine International Conflict Festival, YouTopic Fest which took place at the Rondine Peace Citadel from 17 to 19 June with the theme “Is complexity an alibi? The challenge of the possible step ”. According to Vaccari, “We cannot make good progress in our time if we do not master the dimension of complexity. There are two risks: one is trivialization, the risk of falling into rhetoric, to the point of creating the alibi behind which lies the impossibility of change. The other risk is the rejection of complexity, which has become a useless complication or reduce everything to banalities and slogans. We at Rondine are trying to do it with all our might. ” 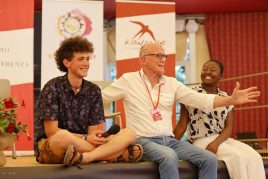 “In the days we spent together, the year we remembered,” Vaccari explained, “Rondine is not a Citadel comparable to a happy island. Here we welcome the pains of the world, the hardships of the world and we always start again from the most tragic and horrible pain of war. “Ours is not a game of artificial and mental anesthesia, our party is rooted in awareness. The boys and girls of the House of the World and the Fourth Year of Rondine remind us: they are normal young people, not superheroes, during their journey they explain, with modesty and desire to communicate, their fragility, fears and uncertainties of all . of us and the YouTopic party does not cancel this, takes them inside and welcomes them ”. 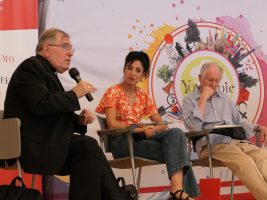 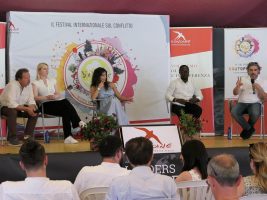 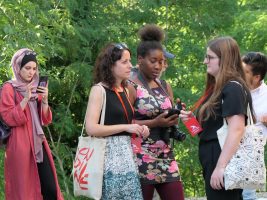 This is the habitat of peace that “in the Citadel of Peace of Arezzo has been built, day after day, for twenty-five years, thus becoming an example not only of how we can still live together. that there are conflicts, but how we can cultivate the new world by regenerating it with peaceful relations between man and nature. ”The school is an ally of Rondine and his commitment to building peace: the festival went announce the birth of the “Rondine Section: a real school address – already experienced by the institutes of Arezzo Francesco Redi and Vittoria Colonna – and that from September will be activated by 12 schools throughout Italy. It is a process that “puts relationships back at the center of education and allows young people to acquire tools to manage conflict, a key resource for dealing with the complexity of life.” During the three days of work, many topics were covered: from the war, from Ukraine to Russia to the rest of the world, a look at armed conflict, school, and the role of education in transformation. conflict management to form new local and global citizens, the Mediterranean, the environment, sustainability. Central were the testimonies of the young people of “Mediterranean, border of peace, education and reconciliation” – the work that marks the meeting of the bishops of the Mediterranean in (Bari 2020) that the CIS entrusted to Rondine in collaboration with Caritas Italian . . The project, which lasted 2 years (2020-2022), has recently been renewed and involves 11 young people from different Mediterranean countries, characterized by tensions or conflict situations. The aim is to carry out specific interventions throughout the Mediterranean to generate social impact, foster dialogue and reconciliation, and develop networks between young people and local realities across the Mediterranean to promote social cohesion. Finally, the title of the next edition of the YouTopic Fest was announced yesterday, borrowed from Leopardi’s “Night Song of a Wandering Shepherd in Asia” by Leopardi “Fall, get up again and get faster and faster. In fast-paced time, what room for fragility and pain? “The appointment is for June 8, 9, 10 and 11, 2023.