Bargaining and fantasy are gone. The pursuit of perfection on the field of play (including behind-the-scenes construction) has distorted the game 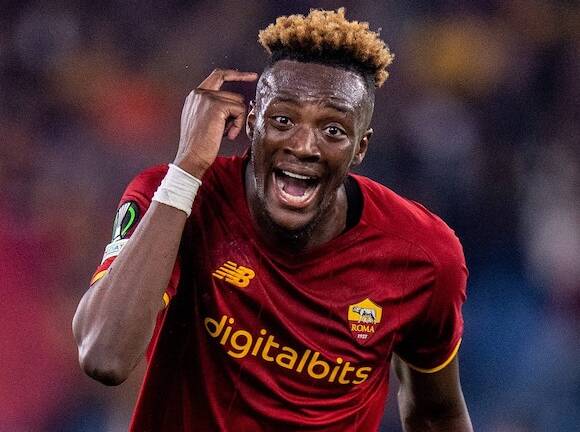 Spalletti’s words about the “football of the future”, formed by the construction from below and the goalkeepers playing outside his penalty area, certainly do not seem revolutionary. For years, football has been all about these things here.

Massimiliano Gallo does very well remember that a long pass is not a crime and that the Champions League was raised by a coach who, according to the logic of the tiki taka, has never folded, but it is undeniable that the wind blows exactly in the direction indicated by Spalletti. .

It is a direction, however, that I do not like and, above all, it seems that the public does not like, given the decline in spectators and turnover, which, more or less, now seems to be the constant of what it was. the most popular, beautiful and popular sport in the world.

FIFA and UEFA are constantly studying and testing new formulas, new competitions and new rules; the greats of European football fantasize about super leagues and the like, we talk about effective time and the offside changes every six months, but the truth is that football is less and less of interest to children, as their audience ages and declines rapidly.

Does all this have to do with the madness of starting the action with dozens of passages between goalkeeper and defender?

In my opinion, yes.

The fascination of football is historically due, in my opinion, essentially to its imperfection.

Unlike all other sports, football is played outdoors, with the feet and on an uneven surface. Three aspects that prevent the “perfection” of the technical gesture.

In basketball, three-point shots, which were previously the exception to the two-point game, have become the norm. As early as 2017/18, the Houston Rockets were the first NBA team to finish a season with more than three than two. Thanks to the increasingly sophisticated training, of course, and the fact that it is a more or less identical gesture, always performed in the same conditions, with a low number of unknowns. The same goes for the technical gestures of other sports, such as the increasingly accurate and devastating services of tennis and volleyball (and you only have to look at the statistics of the aces to realize this).

This is not a football where the best free kicker in the world scores (hopefully) one in ten attempts, where the best players can miss a penalty or an empty goal, where the most formidable goalkeepers can miss a shot. the most accurate defenders can score a sensational own goal. In contrast, football is still (less and less) the only sport where a Serie C team can win against a Serie A team, where a “square foot” defender can score a volley from thirty meters, where a rebound, a dirty rebound from the ball, rain or heavy terrain (and until recently also referee supervision) can influence or even reverse the outcome of a match.

All this has been, for more than a hundred years, the secret of football success: does imperfection allow you to dream and cheer what it is but to wait and dream with the feat of your own team, the victory against prognosis?

In the last two decades, however, football (understood in the sense of the football system, made up of teams, leagues and federations) seems to have forgotten its essence, the recipe that made it popular. There has been a constant movement from imperfection to perfection, from the unknown to predictability, from fantasy to the rigid application of standardized game protocols.

The reason is too easy to identify and refers to the large amount of capital invested. As we know, those who invest want a return and the more they are induced to invest the safer and more predictable the income will be.

To some extent this ideological pursuit of perfection has affected the corporate components, the staff, the unpacking of the program to increase its television use, the search for new audiences in the historically less passionate continents. Then, from a certain moment, perfection was sought in the field. The game has been distorted and an aspect that no one had taken into account has emerged: boredom.

Shorter passes, fewer races, more ball possession, fewer inventions, more physicality, less unpredictability, this is the “football of the future” that Spalletti talks about and that 90% or more of the teams now practice and that is precisely why. 90% of matches have become boring (maybe even 95% in the Italian league).

Players are brainwashed, asked not to improvise, not to venture into unpredictable actions: not to sweep, not to dribble, not to pass to the nearest teammate, not to throw long. All this regardless of the rivals, the result, the time left at the end of the match.

In February of this year, Ounas’ decision to beat a free kick with a pass to his nearest teammate in the 94th minute against Inter Milan caused a sensation, instead of putting him in the middle and trying to win the game. There was a lot of talk about it, even too much, but in recent years we have seen hundreds of rhythms sustained when recovering, from backwards instead of crosses in the center. This is the “football of the future” that Spalletti also talks about, a sport where geometry prevails over the imagination and passes through the goalkeeper’s feet. A sport, unfortunately, increasingly boring.