Dolenne di Courmayeur (Aosta) – The third and most intense day with mountain biking at the foot of Mont Blanc as the main protagonist ended today, Sunday 19 June. The last quote from Courmayeur mountain bike event it was the class 1 international race that was also the grand final of the circuit Italian Cup by bicycle.

The first to climb the track were 53 junior boys who challenged each other on a dry, dusty track. In the second part of the first step the group broke up and six were left in front: Bassignana, Ferri, Betteo, Borre, Paccagnella and Cortesi. Paccagnella then accelerated, bringing Borre and Betteo to the wheel, but as in a rubber band, Ferri and Bassignana also returned.

The race was on fire and as Betteo crossed the finish line at the end of the third lap drinking from the intense heat, Bassignana started like a rocket. Paccagnella and Ferri were always very close.

The attack of Fabio Bassignana (Trinx Factory) did not do well, will have to settle for the third final position. In fact, at the sound of the bell he was alone Marc Betteo (Scott Racing team) who turned out to be the final winner of this race. Behind him, Tommaso Ferri (Vallerbike) was very close, but right at the end he had a descent that led him to finish second in almost a minute. 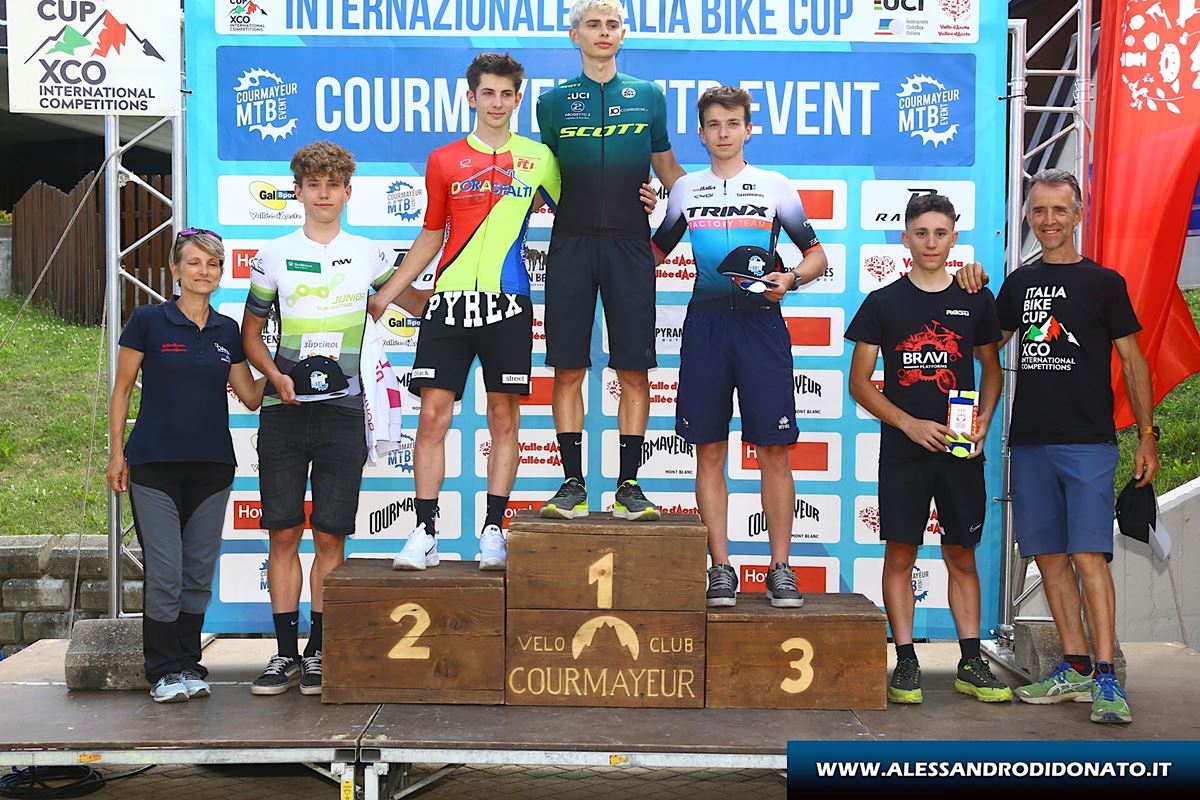 The second race of the day, the women’s race, started at 12.00, before the start of the Open, with an athlete from Kazakhstan, and then the junior team. He immediately attacked the Trinx Factory Team with Italian champion Eva Lechner and circuit leader (yellow jersey) Giorgia Marchet.

Until the end of the first round only Chiara Teocchi of Bergamo managed to follow them, then had to give way. Noemi Plankenteiner recovered and later managed to take it off, much to the satisfaction of the Bramati “clan” who closed the race with a good hat-trick.

Final success of Giorgia Marchet who in the penultimate lap managed to break away from Eva Lechner. 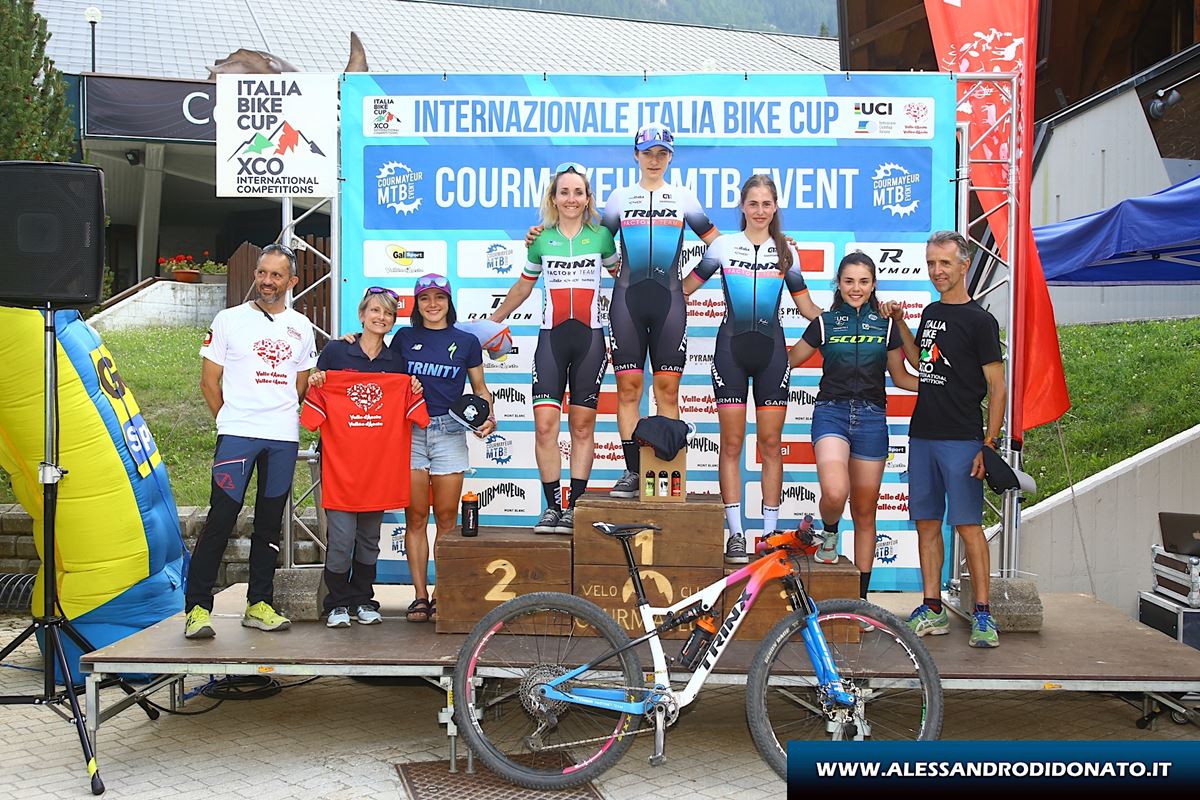 Only four laps for the 15 junior girls present today at the Courmayeur MTB Event. The race starts with a turn, at the end of the first lap there was only Lucrezia Braida in command with her partner Beatrice Fontana but also Marika Celestino on her heels.

The leader of the circuit of the Italy Bike Cup, Valentina Corvi from Valtellina, came in third from the last position with a big difference of three minutes. Do you know what happened to him? He immediately started the race, then in the final he had a mechanical problem and had to do 1 kilometer pushing the bike.

Is the race over? Valentina didn’t think so, she started a crazy comeback by breaking three records in the next three laps that allowed her to beat all the other girls, the last to give up was Braida.

Another party at the Bramati house. On the third step of the podium was the Ligurian Marika Celestino, daughter of the national team coach. 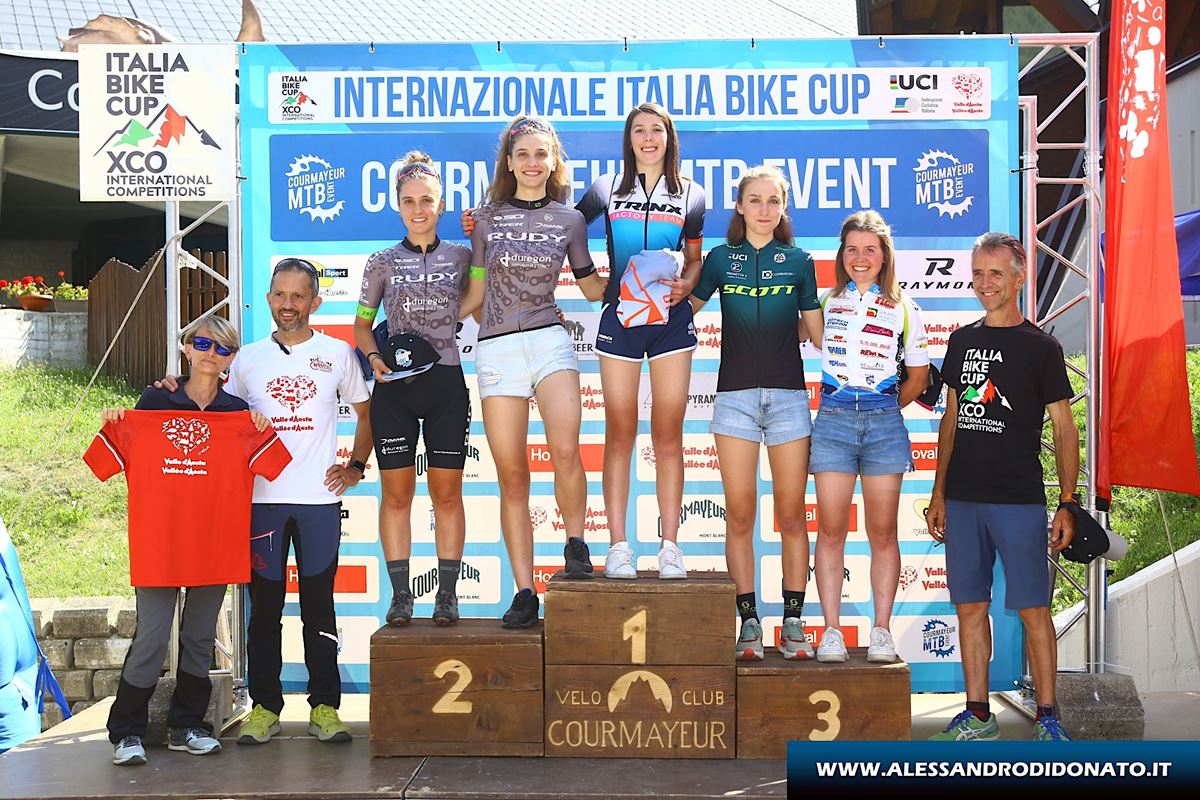