The new councilors’ bill Claudio Cia (Brothers of Italy), Luca Guglielmi (Fassa), Alessia Ambrosi and Katia Rossato (Brothers of Italy) changes the Provincial School Act 2006 and guarantees greater protection of educational freedom in Trentino schools. He will soon land on the committee and then vote in the classroom.

The new amendments also penalize the right of priority of parents in the choice of gender of instructions to give to their children. Then comes the new law Gender theory overthrown leaving room for the promotion of gender fluency or sexual identity, with a view to teaching that clearly and transparently dissociates the sexual identity from biological sex.

A return to the school’s cultural traditions with a stop to ideas “progressive” from the left thirty that often – as also explained by the director of the Brothers of Italy Claudio Cia – use students and parents for ideological and indoctrination purposes.

And as for the new amendments to the provincial law on schools that we wanted to make some questions to Claudio Cia, provincial councilor of the Brothers of Italy and one of the promoters of the law.

“Together with Councilor Luca Guglielmi (Associazione Fassa) and members of the Group of the Council of the Brothers of Italy, at the request of many Trentino families, concerned about the distorted use that can be made of the world of education, I have prepared a bill to integrate the 2006 provincial school law to ensure greater protection of educational freedom in schools at all levels in Trentino.

What are the goals?

“This is a legislative initiative aimed, on the one hand, at reaffirming the importance of the right to education, which must be aimed at the full development of the human personality and the strengthening of respect for human rights and fundamental freedoms, on the other hand, establish the right of priority of parents when choosing the type of education to be given to their children, even more so in the case of optional activities that are not part of the compulsory curriculum and that they are related to sensitive topics such as activities related to emotional education or sexual, reproductive health, gender and sexual identity. “

In recent years, gender ideology has been promoted in some schools without the knowledge of families …

“That is precisely why, with our bill, we ask that schools in Trentino do not allow the creation – with the involvement of students – of projects or activities based on gender perspectives, which promote gender fluidity or sexual identity, or that they teach how to dissociate sexual identity from biological sex. Students must be respected, protected and not used for ideological and indoctrination purposes.

“For him there are only his rights, those of the world he represents; he defines them as civilians even though they are not always civilized, and he would like everything that stands in the way of his view of society to be nullified. We reaffirm the right of parents to participate in the choice of the type of education to be given to their children (which, among other things, is sanctioned by Article 26 of the Universal Declaration of Human Rights of December 10, 1948). . inalbera “.

“It’s very simple, he doesn’t believe in the family founded on the concept of father and mother open to life, he thinks it’s a retrograde, outdated concept, the result of a cultural and religious conditioning to put in the drawer. . That is why he cannot conceive of anyone trying to protect him, thinking instead that he is irrelevant and therefore does not deserve any protection. Therefore, it is not surprising that he is facing a bill that recognizes the family as a priority over the education of children.

They accuse you of discriminating against fascists. What do you answer?

“It is typical of the modus operandi of the left to label and license people who do not express themselves according to the vulgate spread in their salons. In doing so they believe they are justified in not seeking a confrontation. Several times in my political career, I have felt called a fascist, homophobic, retrograde when I have opened my mouth – always respectfully with the positions and beliefs of others – on such issues, seeing how political opponents resort to methods, these in some cases fascist, only to oppose me ».

Isn’t there a risk that this law will harm the autonomy of Trentino schools?

“Our law does not undermine the autonomy of the school, it does not want to put the gag on the teachers of Trentino, but enhancing precisely what is the wealth of knowledge and skills of professionals working in the school world, -as we advise specialists in educational, training and learning processes – we can fully develop the potential of our students and meet their real educational needs, without taking advantage of the educational institution and the inability of students to defend themselves in a possible discussion (especially for the little ones) to organize a moment dedicated to the indoctrination of future generations, those who already form today’s society, but who will play a key role in tomorrow’s. rights of children are considered fascist, perhaps school education should be strengthened in the context of the study of twentieth-century Italian history. what ”.

What is the answer to those who say that gender theories do not exist, that we do not care?

“But if gender theories don’t exist, then why is the left warming up so much? Gender theories are not “presumptuous,” but they pose a serious and concrete danger to our children. we want no discrimination against people or their sexual orientation.

Our intentions are only to protect the little ones from indoctrination, to distinguish the role of the school and to reaffirm the primacy of the family in the education of children. Crazy gender theories are the monster to fight together and to block out to prevent our children from being called to choose their sexual identity from 52 different “genders”, with very dangerous implications for their psychophysical health. It is strange that then the state is forced to offer the bonus for the psychologist. 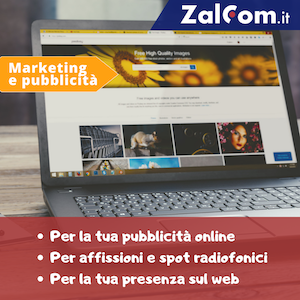