Friday, June 24 grand gala a Sant Pellegrino Terme for the presentation of the new edition of “Angelo Quarenghi Cup” International Youth Football Tournament U14 – who sees the return of the foreign teams – and the delivery of the “Angelo Quarenghi Award for Sportsman”.

The ceremony is scheduled for 8.30 pm, with the usual gala dinner (by invitation), in the party room of the Hotel Bigio in San Pellegrino Terme, during which the tournaments organized by the Angelo Quarenghi Cup Committee for this summer 2022, the Angelo Quarenghi Prize was awarded to the Man of Sport, also this year awarded to a prestigious name that has made the history of Italian football, but which will only be revealed on the occasion of the evening.

The prize and tournament are dedicated Dr. Angiolino Quarenghi, who was the doctor of Helenio Herrera’s Grande Inter, who had chosen San Pellegrino as the site of the summer retreats. A collaboration that from 1961 to 1977 allowed Quarenghi, along with other colleagues, to anticipate the history and methods of sports medicine.

It will be adense summer and full of novelties the one proposed by the Quarenghi Cup Committee in this 2022: let’s get started August 19 and 20 with the first edition of Alfredo Calligaris Tournamentcategory of national students under the age of 17, will follow below Women’s Quarenghi Cup Thursday sub15 August 25th. From From Friday 26th to Sunday 28th August the 15th edition of the Angelo Quarenghi U14 Cupthen Saturday 3rd and Sunday 4th September will be the turn of the fourth edition of Emiliano Mondonico Tournamentbeginner category, in conjunction with the third edition of “Dream Cup” tournament Emiliano Mondonico 4th Categorydedicated to athletes with disabilities.

A dedication, that of the new U17 tournament, full of meaning. “Alfredo Calligaris (died last January) he was the athletic coach of teams such as Grande Inter and Atalanta – he explains Dr. Giampietro SalviCup Committee Chairman Angelo Quarenghi – accompanying the selections to the Olympic Games, he was an important sports doctor, he worked with the Avalanche Azzurra and the champions of water skiing, besides being the athletic trainer of the selection of soccer. world champion of Spain in 1982. In addition, he was a great friend of San Pellegrino Terme, he came here when he was tired and wanted to rest for a while: he was awarded as an athlete and as a sports doctor by the Committee, he was an exceptional figure ”.

As has been said, there will be “Dream Cup” tournament. dedicated to teams with disabled players: “Let’s say it’s the fruit of a promise made to Emiliano Mondonico, who asked us to organize a tournament also for people with disabilities. It is an increasingly important reality. Today such competitions are no longer an exception.

In this 15th edition of the Quarenghi Cup foreign teams return– concludes Dr. Salvi –, we hope that all these tournaments will be followed by a large and passionate audience, it will be a great party for the players and for the families who follow their children. It will be an opportunity to get to know the Brembana Valley, its natural and artistic beauties and its culinary peculiarities ”. 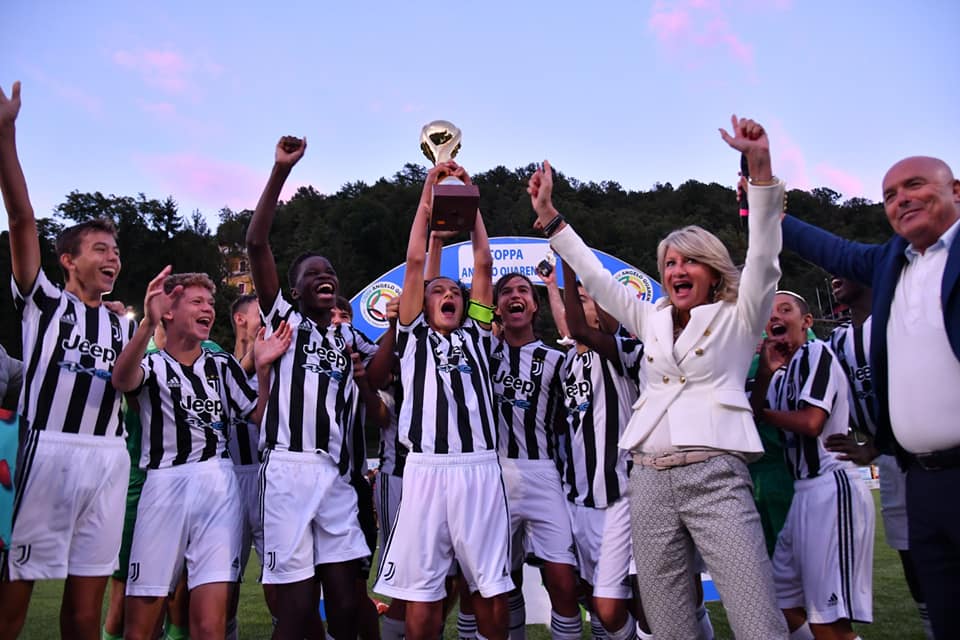 Juventus, winner of the 2021 Quarenghi Cup.

GOLD ROLL OF THE “UOMO DI SPORT” AWARD, from 2006 to the present

The award was inaugurated in 2006 by commentator Bruno Pizzul, followed by Alfredo Calligaris (sports doctor). Later, Ivan Gotti (two-time local champion of the Giro d’Italia), Marcello Lippi (coach of the National World Champion), David Messina (historical signature of the Gazzetta), José Manuel Ballestreros (coach of the national team) were awarded. ). Spanish Olympian), Emiliano Mondonico, Mino Favini (the recently deceased magician of the youth sector atalanta, Mario Corso (the left of God in the Grand Inter), Luisito Suárez, Roberto Donadoni, Gian Piero Gasperini and Antonio Percassi, recognized. for his exceptional work with Atalanta football, in 2019 Adriano Galliani, sports coach of the great Milan and currently of Monza Calcio. The last to receive the award, in 2021, was Milena Bertolini (the first time for a woman), former footballer and Technical Commissioner of the Italian Women’s National Football Team.