Leogang – Today Friday, June 10, fourth round of the Mountain Bike World Cup. This is the first race in the Alps after Brazil, Germany and the Czech Republic.

THE WAY DIFFERENT FROM OTHERS

The Leogang route is perhaps one of the most challenging from the point of view of slopes and altimetry, but the technical level increases when the rain weighs on the ground, an aspect that is already observed in the 2020 World Championships. , a useful race classification for the first rows of Sunday’s cross country race, held today, is a track obtained at the bottom of the cross country track.

The plain does not exist except for the last 75 meters, the circuit is characterized by a long initial climb, which after the rains of the last few days had a soft muddy bottom. After the feeding area, the long climb ended, but an artificial section, an iron bridge that separated the first from the second part, represented the steepest section, 10 meters that could look like a real wall. It is after this section that the riders have accessed the pump track located at the highest point of the short track, a ring on asphalt that gave access to the final part. 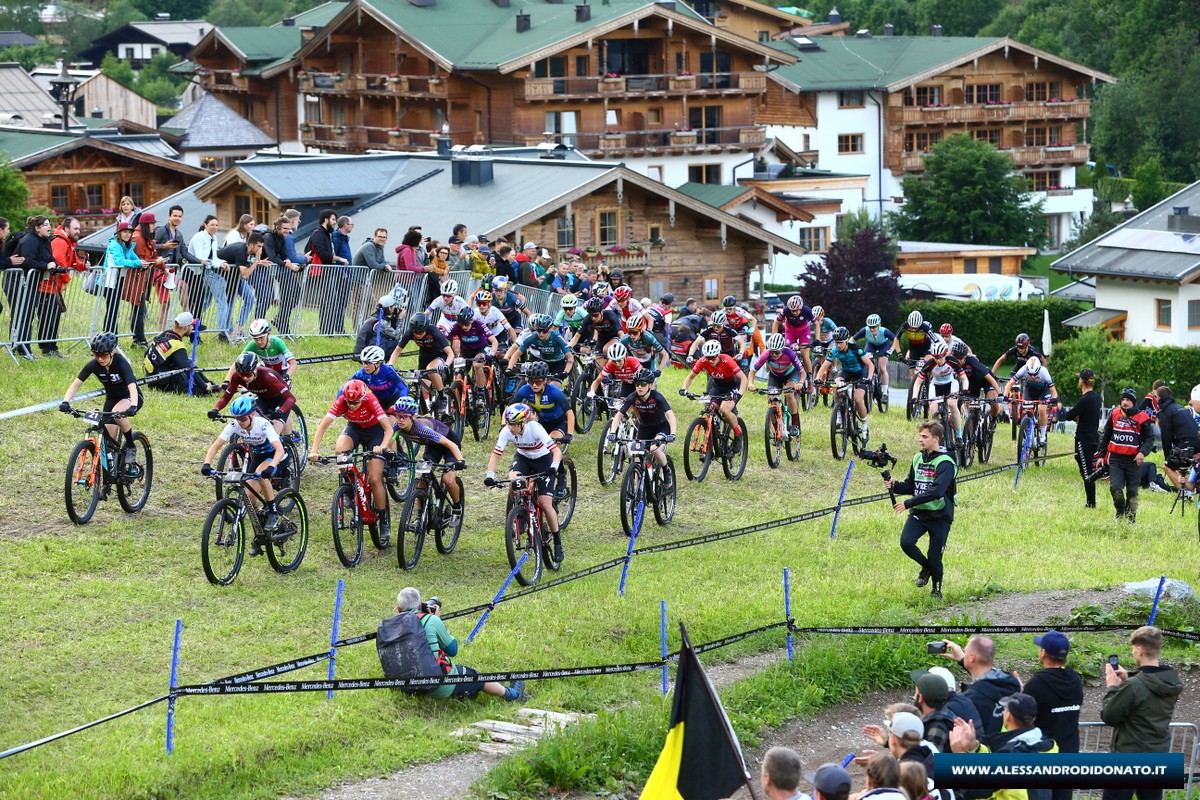 The final descent was a succession of parabolic and sloping curves that would dryly represent the final courtyard before the arrival arch. In the current conditions, however, they represented the most insidious section in which the mud, a real pulp, required careful control of the front at controlled speeds. In practice, more than an uncertain short track classic until the end, it was a mini cross country where outsiders had no chance.

At 17:30 the first of the two races of the day began, which saw 40 girls as protagonists, four of them Italian. Evie Richards missed out on a relentless back pain and Pauline Prevot Ferrand by personal choice.

After two laps, it was immediately clear how this fourth round of the Short Track World Cup could have ended. Five left in the cup, the leader of the Cup, the Australian Rebecca McConnell, the Swedish Jenny Rissveds, the Swiss Alessandra Keller, the French Loana Lecomte and the American Haley Batten.

Then Lecomte changed the pace and at first only McConnell managed to hold his wheel, Rissveds and Keller were interrupted, then the race took shape from the fifth lap when the Frenchwoman from Canyon was left alone in front.

The two girls from Ghost Factory Racing came back from behind and even managed to overtake Keller and McConnell on the last lap. Net victory of Loana Lecomte and podium for the Dutch Anne Terpstra and Danish Caroline Bohe separated by 9 and 19 seconds respectively. The second waited for the Viking to embrace him. 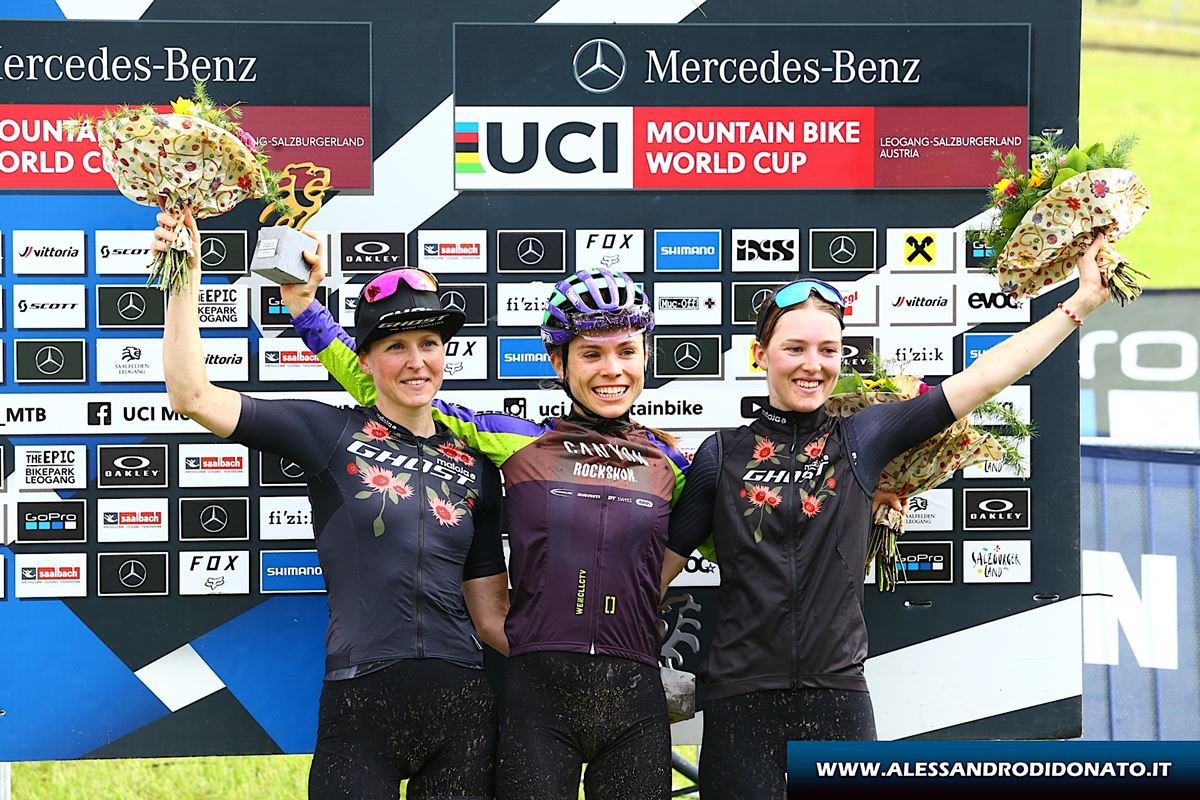 The four Italian girls were in fifteenth place (Greta Seiwald) and on the 21st where we read the name of Chiara Teocchi. Between the two we find the two Trinx Factory Eva Lechner (17th) e Giorgia Marchet (19th).

THE CHALLENGE BETWEEN MEN

The 40 men left at 6.15pm, Tom Pidcock who had given a show in both Albstadt and Nove Mesto was missing.

Eight scheduled laps, unlike the women’s race where the first team immediately made the selection, this men’s race after an initial fall that knocked out the German Max Brandl and the Swiss Filippo Colombo, was tactical until the middle of the road when the pilots were still pedaling all in a row and no one had decided to attack.

The wick was lit on the fifth lap thanks to the forcing of Avancini who along with the Swiss Mat Flückiger and Vital Albin flanked by the Romanian Vlad Dascalu. For the first time they managed to split the group. They were all pretty muddy, as the women in the previous race had moved the bottom a lot.

The race as expected was decided uphill, Mathias Flückiger after disconnecting everyone, he checked to avoid unnecessary risks, on the last lap there was an attack of Dascalu who first put the arrow to pass to Avancini and then managed to catch as well Albin separating it in the end. 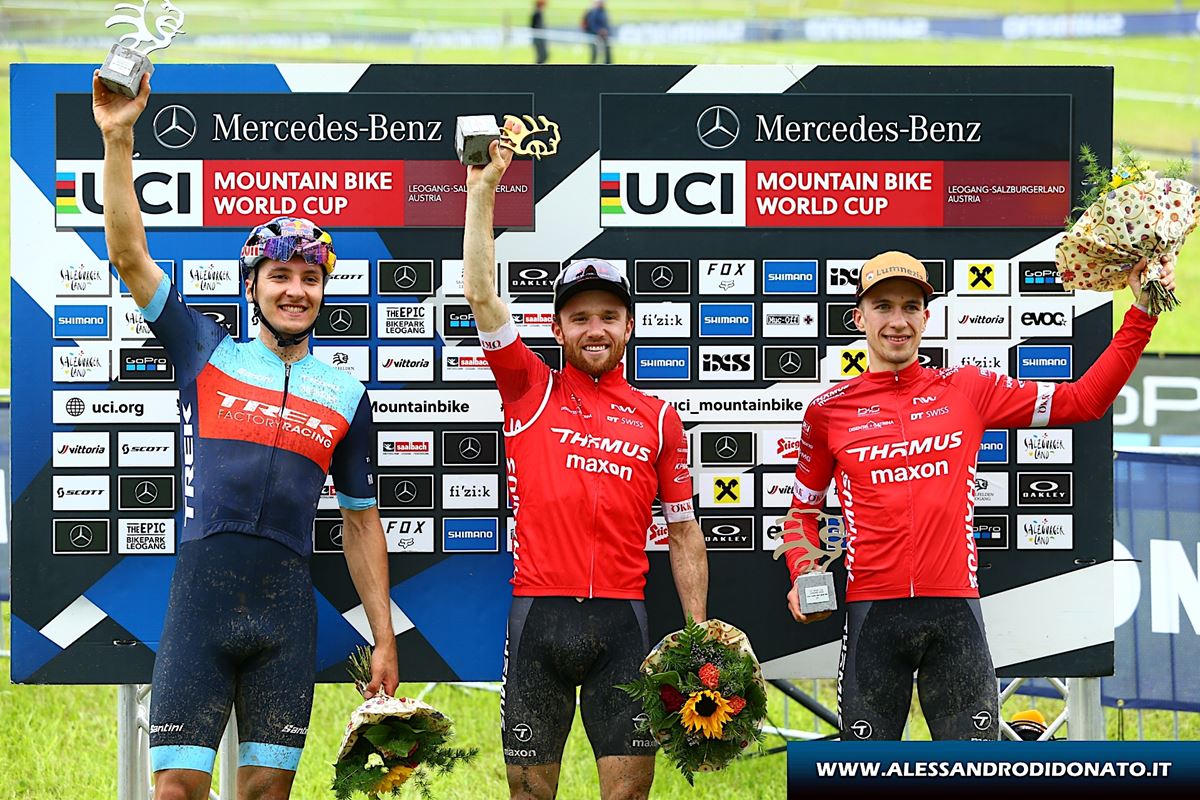 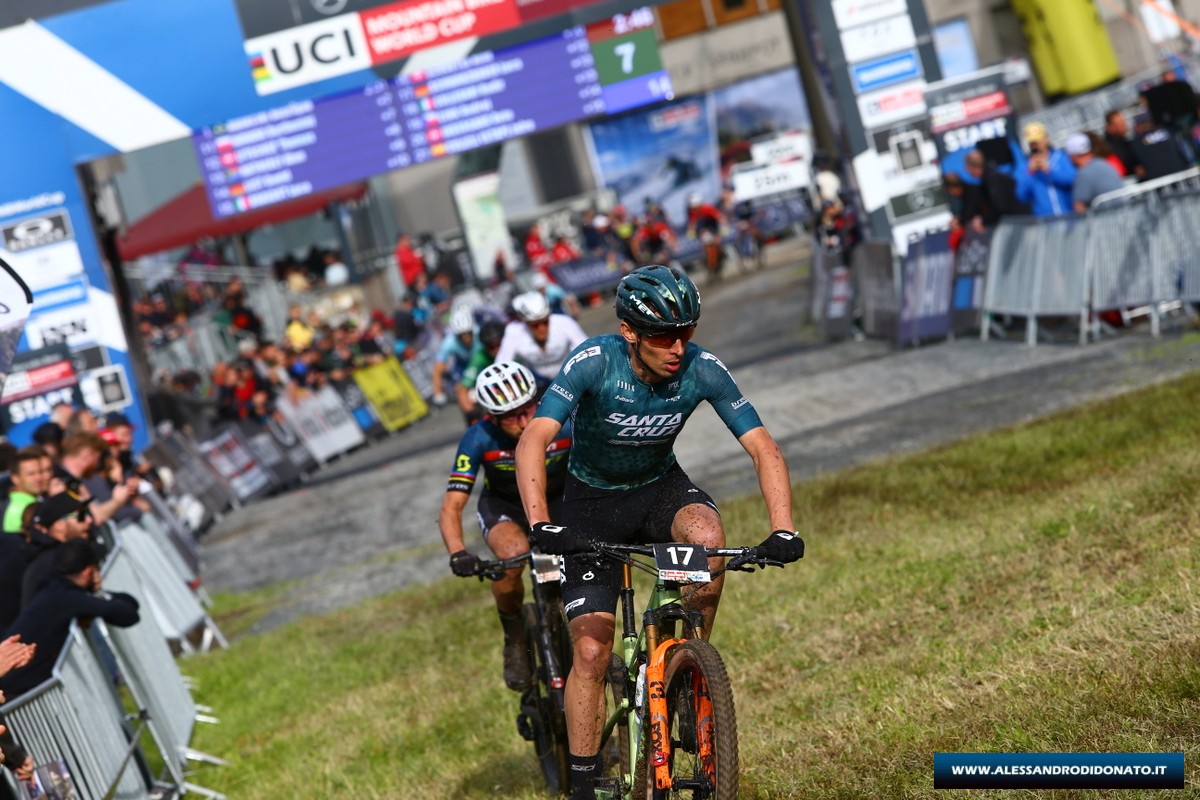 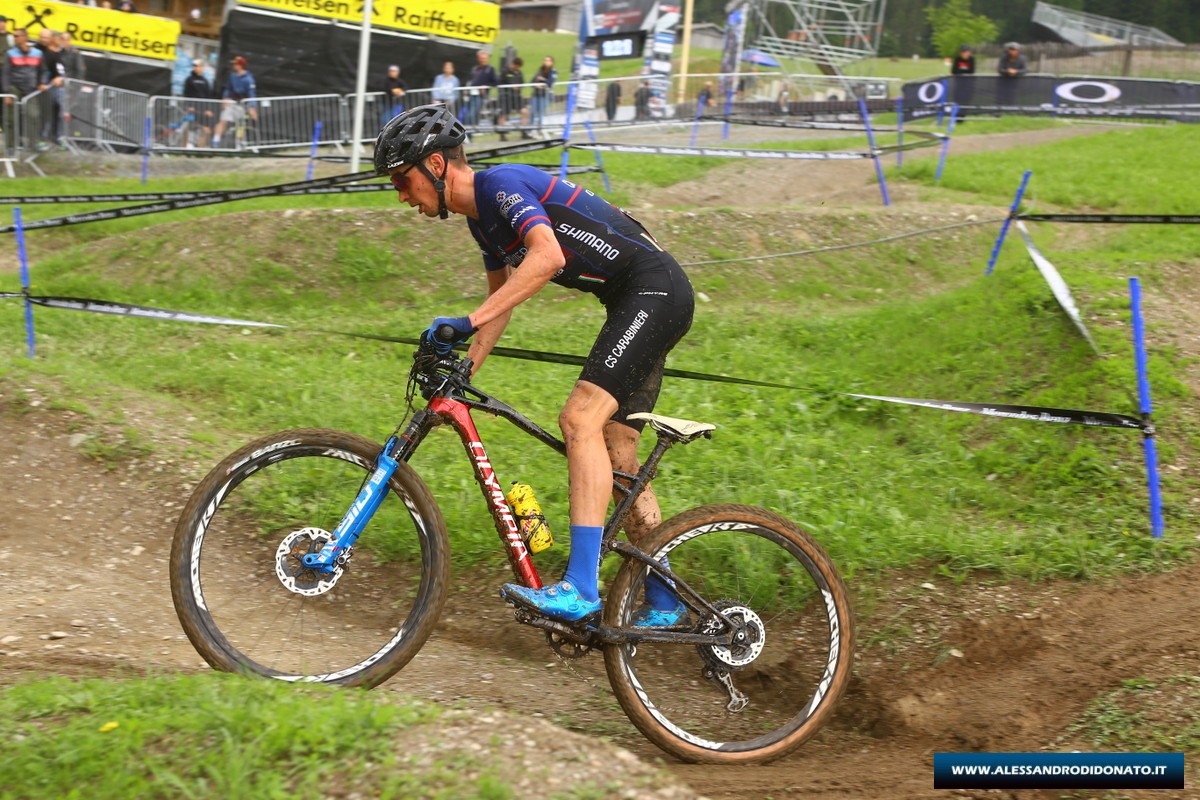