The story of this original wind dispenser is much more extensive and interesting. The fan has been in use since time immemorial. In the past, the movement of the air was used to defend against the suffocating heat, by means of the movement of the hand or with a postcard to obtain a little relief and the fan is not more than an application of this simple one. principles.

In the most common way, the fan is made of a number of sticks joined and articulated at the bottom to be able to open and close on themselves, on which a sheet of silk, paper, tips or other material. and glued, mostly painted, colored or embroidered. It was the Egyptians who used the fans from the dawn of civilization. The materials were mostly perishable and many copies have been lost.

Fans made of bird feathers have been found in the paraphernalia of some pharaohs, such as Tutankhamun. The size of the fan depended on the person using it. If it was the one who was to benefit the one who shook it, the handle was short; if, on the other hand, a servant had to handle it, the handle was necessarily long.

The fan was not only used to relieve heat. From the representations found in the tombs it can be deduced that it also had a symbolic value. Even the fan-driven air represented the ability to give life. For this reason it was performed at funeral sites to allow the deceased to be reborn in the Hereafter. Placed behind the Pharaoh, it was intended to provide protection and give him the breath of life. 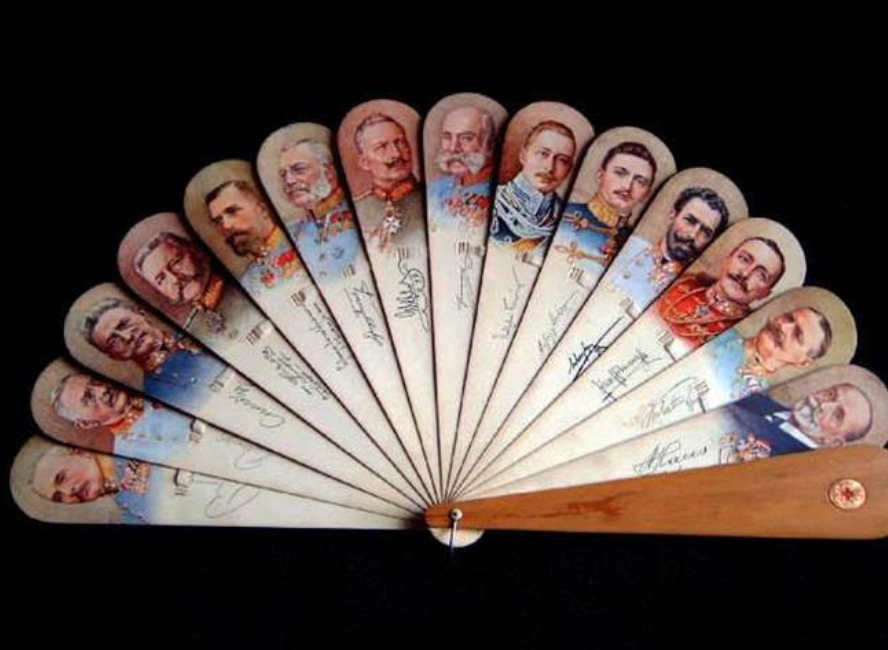 In ancient Rome the fan was a sign of military power: the three-pointed fan was used to signal the battle. The sophisticated feathers of feathers of the Greeks and Romans were used by maids and eunuchs in the service of the emperor. Those assigned to this task were called Flambellieri. It was once given to girls as young as 18, while in the Chinese court it was considered an essential element of government etiquette and decreed the socio-political position of landlords. The Romans had a type of precious wood that was part of the bridal attire. In the Middle Ages it was only used by the religious as an accessory that was part of the liturgy. Then we lost track of it. In Italy it became a women’s accessory in the late 1500’s, her homeland is Venice where all types and colors were made.

At the court of Louis XIV, ladies could open the fan only in the presence of the queen, while under the power of Louis XV they were forbidden because during the hearings, the sorcerer disturbed the king. The Church banned it as it was considered an object of seduction.

Under the guise of this instrument of gallantry, women can express otherwise impossible messages at a time when the freedom of expression of the female sex was bound by a rigid system of conditioning; the movements of the fan thus become elements of a secret language through which the ladies can express their loving feelings: they declare themselves by a skilful and suitable use of this accessory very apt for the communication.

And speaking of communication, here’s what could be communicated with the fan: if it opened generously and turned to the other person, it meant “Welcome”; closed and leaning repeatedly against his mouth meant “Can I talk to you in private?”; closed and face down: “Come closer to me”; closed and straight: “You can act freely”; open and hide your eyes: “I love you”; he moved in a circle: “Spy on us, be careful”; closed and resting on his left ear: “Don’t reveal our secret”; leaning on his heart: “I will be his for life”; closed in the right hand; “Bye”; semi-open and resting on the chest, it invites you to adhere to the utmost discretion, but if it is open to only two sectors it indicates total indifference. On the front is a warning: “My husband is coming.” Etc. 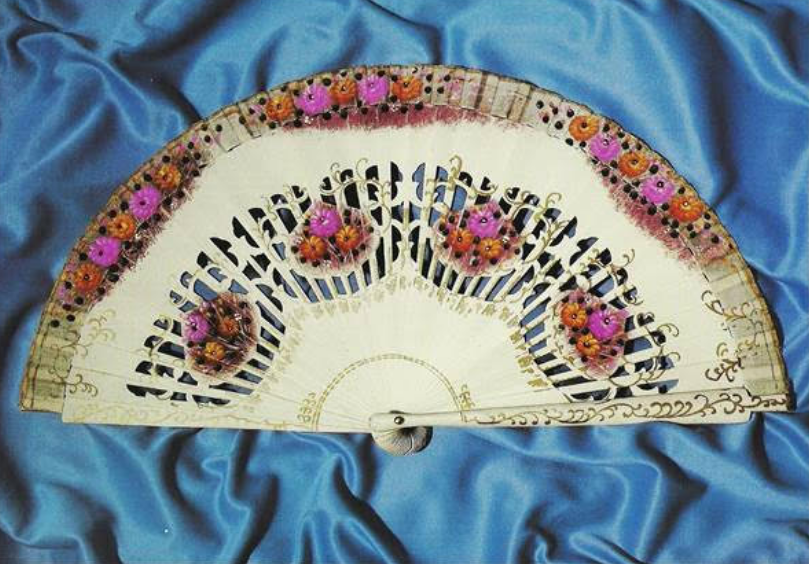 There are many curiosities about this object. The beautiful Carignano Cathedral near Turin is said to be due to a fan. During a gala dinner, Count Benedetto Alfieri (1699-1767), a powerful and brilliant eighteenth-century architect, told his lady that he had commissioned him to prepare the Cathedral project and that he was concerned. The lady, with graceful coquetry, replied, “Here is the plan of the church,” and opened the fan. Alfieri took the idea and designed the fan-shaped church (today dedicated to Saints John the Baptist and Remigio).

In the early twentieth century, the fan was still an indispensable accessory for women. Not only was it used by noble women in some circumstances, but it was also used by people from different walks of life. Its success continued throughout the first quarter of a century and this explains the wide variety of models on sale during that period and the research done by imaginative inventors to renew, improve and simplify the range.

Ostrich feathers, for example, for their beauty, have been one of the most coveted materials for making fans and other accessories: from those used by the pharaohs, to the headdresses of aristocratic ladies during the reign of ‘Elizabeth I of England. However, it was the prevailing fashion between the late 19th and early 20th centuries, the Belle Époque, that most imposed the use of ostrich feather fans. Painting also played an important role in the fans. In fact, the taste for details and a special predilection for female nudes are some of the constants that characterized, for example, the work of Auguste Dominique Ingres (1780-1867), one of the greatest exponents of neoclassical painting. The themes that herald the romantic movement already appear in her work: scenes of naked women evoking distant and exotic places. But the Puritan mentality of the time forced the painter to set such scenes only in Turkish baths or harems, where the presence of odalisques and naked women was fully legitimate.

Poets and writers have also been inspired by the fans by writing verses with the following tenor: “That light fan of yours, oh beautiful peasant, is more expressive than speech. Express anger, pain, resentment and pleasure, hate and love, turn off the fan and give your heart away. “While in Goldoni’s comedy” Il Ventaglio “, this object becomes the real protagonist of a plot based on misunderstandings and misunderstandings. Going from one character to another, in fact, ends up making them all the same in their deepest essence, the feelings.

The fan is history, passion, memories. How many of us knew these things? How many have ever focused on this accessory that seems so insignificant, banal and old-fashioned, but can still be seen today in the hands of women of all ages? So if you want to give yourself ‘air’ use the fan.